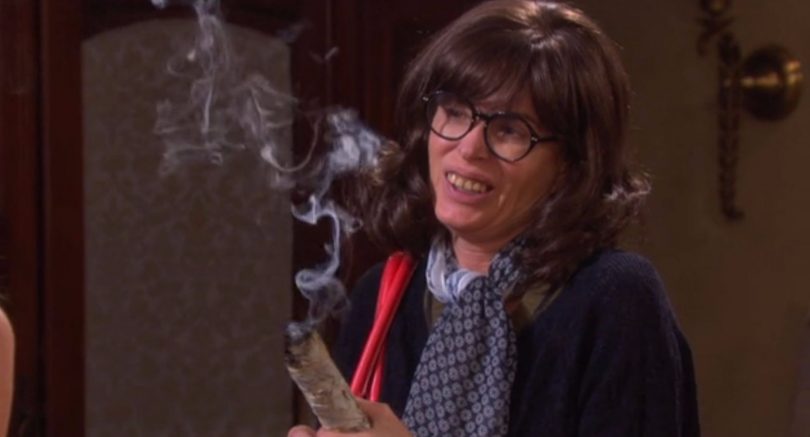 We’ve come to the point in the year where your creativity is being pushed to its limits: Halloween. If you’ve been planning your costume for the last 11 months, we admire your commitment. If you’ve been bumming around and doing everything that is not planning a costume, join the club! It’s crunch time now though and we’re here to help. Inspired by an event we can’t wait for, the Much Music Video Dance Party at National on 8th, we’ve made a list of the best 90s costumes to pull off sort of last minute. Step away from the classic spice girls outfit and aim for a bit more unique this year.

The Fresh Prince on his First Day of School

Will Smith is already a ’90s icon, but you can do better than the typical loud windbreaker that we all know and love. Gain the same popularity on Halloween as Will does on his first day at Carlton’s school by taking a page out of his book.

-Floral blazer, preferably red – if you can’t find this at Value Village, you can repurpose a women’s kimono by gluing on a collar and lapels
-White collar shirt
-Diagonal stripe tie
-Grey pants
-Backwards ball cap
-Use cheesy pickup lines as the starter for all your conversations

-Garbage bag or sac with head and armholes cut out, spray-painted brown with dark brown ‘dents’ to look like a potato — once you’re wearing it, stuff it with tissue paper or tulle and cinch at the bottom with tape
-Paper bowl covered in tinfoil with 2 tin foil “wires” or silver pipe cleaners sticking out of it, with a circle attached to them
-A painfully chipper attitude, like you’re the funniest thing to happen to planet earth

Full of wild powers, this girl is the most underrated badass character of the ’90s. Have fun pretending you also got soaked with a top-secret chemical in a near miss with a truck and have superhuman abilities now.

Raise your hand and hang from something if you remember Upside Down Girl from Recess! She may have been a mere background character, but she was one of the most memorable ones in the show.

-Blonde pigtails sticking straight up — use paper towel rolls and a lot of gel to achieve the effect of your hair being stuck up permanently from spending so much time upside down
-Pink dress with wires glued to the top and then bent so it looks like your skirt is also permanently stuck up
-White T-shirt
-White spandex shorts, unless you’re ok with everyone looking at your underwear all night
-Hang upside down from everything in sight – if you aren’t walking, you should be hanging

Make this Halloween a true blast from the past by going as a 1-year-old. Tommy is the fearless leader of the small baby gang, Rugrats, so this is an easy one to make into a group costume, too!

-Light white blanket or sheet, fashioned into a giant diaper
-Yellow tape to hold the diaper together
-Blue cropped t-shirt
-Shaved head with strangling hairs — lucky you if you’re already bald, just tape some fake hairs to your head
-A loyal and adventurous attitude — say yes to everything and pressure your friends to do that same.

Susan Banks from Days of Our Lives

Days of our Lives has definitely left its mark on modern daytime television, so it wouldn’t be fair to make a list of obscure ’90s costumes without having what is probably the most bizarre character we’ve ever seen on television.

-Navy cardigan or knit sweater
-Scarf tied up real tight on the neck
-Medium length wig with bangs, pieced and frizzy
-Round glasses
-Big fake teeth
-Maybe talk high pitched, or act crazy, or nervous — this woman was all over the place, so any quirk you decide on will probably work

Make this a couple costume by having one of you dress up as Stefano as Elvis ­— lots of bronzer and an Elvis Presley outfit. For bonus points, bring a baby to be Baby Elvis or make a friend be the baby.

One of the biggest unsolved mysteries of the 90s; do they end up together or not?! Either way, this makes for an easy, but awesome and unexpected Halloween costume.  Even better if you’re going with a best friend and people are always trying to figure out if you’re dating or not, toy with their emotions a bit more!

Here’s what you need to make Doug’s costume:

-Green sweater vest
-White  T-shirt
-Khaki shorts
-Red or grey sneakers
-White knee high socks scrunched up at your ankles
-Fake nose — or put your assets to work if you already have a big nose
-Act shy and insecure — every time someone brings something up, tell them the worst case scenario

Here’s what you need to make Patti’s costume:

Whether you think it’s the best reunion movie ever or it’s just a guilty pleasure, you gotta admit that Romy and Michele’s High School Reunion featured some pretty epic outfits. Halloween is all about faking it anyway, so might as well base your outfit on characters that were too.

Here’s what you need to make Michele’s costume:

Here’s what you need to make Romy’s costume:

-Metallic blue dress — add metallic silver fabric to the bottom, the straps and to make a star trek style logo on the chest
-Skinny silver choker
-Silver watch
-Straight hair with the front gelled up
-Silver platform heels
-Tell everyone that you invented Post-It notes and that Michele just thought they should be yellow

You’re basically safe going with any Will Ferrell character for Halloween, but none of his movies offer as good of an opportunity for a pair’s costume as A Night at the Roxbury.  Get ready to bob your head to “What is Love” all night long with this costume

Here’s what you need to make Doug and Steve’s costumes:

Now that you’ve got the perfect ’90s costume ready to go, get your ticket for the Much Music Video Dance Party at National on 8th on October 28, 2017, so you can show us your amazing moves!