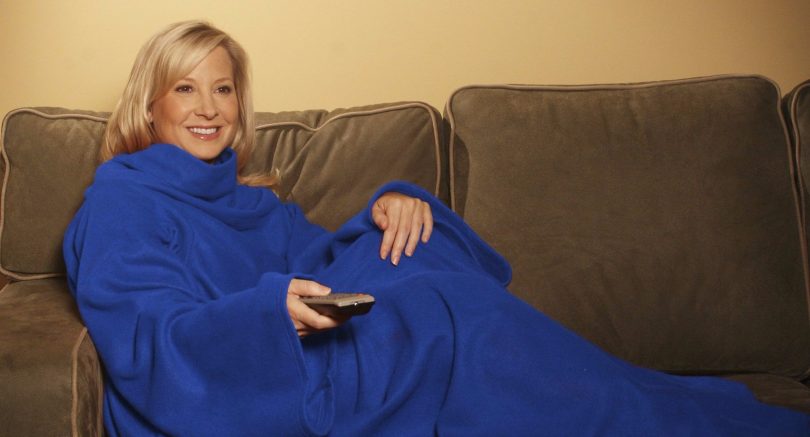 If you’re not sure whether to leave the house to do something fun or just stay home, that’s okay. We lay out both options for you.

It’s the end of the week and you’re trying to decide how to make the most of your Friday night. But with colder temperatures and darkness arriving earlier, the decision to go out isn’t always easy.

So, we’ve decided to help you make that decision. Whether you’re going to spend your Friday night watching something, crafting something or learning something, this guide will help you answer the question: go out or stay home?

1. The kind of entertainment you’re feeling like: You want to watch something that gives you all kinds of feels. Maybe you want something eye-opening or thrilling or thought-provoking. It doesn’t matter. You just know you want to be entertained by something on the screen.

The go-out option: You have a lot of choice if you’re looking for a great big-screen experience. If you’re into documentaries, pencil the first movie in the Doc Soup Series into your calendar. It’s a documentary about healthcare called Bending the Arc and it screens on November 1. And this series gives you a reason to leave the house once a month — a different documentary is screened on the first Wednesday of the month until April.

And don’t forget about the Calgary Underground Film Festival (November 16 to 19) and the various film series presented by Calgary Cinematheque.

The Stay-Home Option: You can stay at home and still kind of support Calgary’s arts scene and even kind of feel like you’ve left the house. All three seasons of Fargo were filmed in and around Calgary. Download all three seasons off iTunes and try to identify where in Calgary various scenes were filmed.

2. The kind of entertainment you’re feeling like: Sometimes when it’s cold outside, you just want to feel cozy and get crafty.

The go-out option: Make your way to Stash’s new (and much bigger) location in Inglewood for one of its classes. If you’re a total beginner, you can learn to knit in a two-part class — they’re on offer throughout October and November — but there are other classes too if you already know the basics. You can also register for a class to learn to make a toque, a big loop blanket or a sweater.

The stay-home option: You’ve got your yarn from Stash. You’ve got your wine from Vine Styles in Kensington — this wine store organizes everything by taste profiles rather than region or county. Maybe you grabbed your bottle from the “Pairs With Takeout” shelf. All you’ll need is your Chinese food, and you’ll be set.

3. The kind of entertainment you’re feeling like: The days are shorter, the weather is cold and Halloween is around the corner. You want to get spooked.

The go-out option: If you want to get seriously scared this Halloween season, register for a ghost tour. You’ll hear real stories about actual ghosts and maybe even see one. The ghost tours at Heritage Park are already sold out, so look into a neighbourhood ghost and walking tour by Calgary Ghost Tours. The local company hosts tours through downtown, Inglewood and Kensington until the end of October.

The stay-home option: If you don’t live in a heritage home in Inglewood, chances are low you’ll encounter a real ghost at home. So instead, if you want the heebie-jeebies, scroll through your Facebook timeline and don’t stop until you get back to 2007. And don’t close your eyes.

4. The kind of entertainment you’re feeling like: You’re feeling energetic. You’re ready to work up a sweat with a killer workout.

The go-out option: Head to Rumble Boxing and jab, bob and weave in a disco setting. Here, everyone in the class gets their own punching bag, the lights are low and the beats are loud. If you like workout classes to certain beats, keep your eye on Rumble’s schedule because they host special themed classes too. After your workout, head down the road to National on 17 and treat yourself to a post-workout drink.

The stay-home option: Who actually works out at home when they say they will?

5. The kind of entertainment you’re feeling like: It may be cold, but nature is beautiful. You’re ready to experience it.

The go-out option: It’s not ski season yet and larch season is over. But shoulder season is still a great time of year to get out to the mountains. Plan to head to Banff during the Banff Mountain Film and Book Festival, this year running October 28 to November 5. Hike Sulphur Mountain, see a screening at the Banff Centre for the festival and have dinner at Park Distillery Restaurant and Bar.

The stay-home option: Who says you can’t experience nature from inside your home? Admire everything you’ve bought from Plant in Inglewood, and think about how, the next time you’re out, you should probably get another succulent from there.

6. The kind of entertainment you’re feeling like: You’ve been watching a lot of Chopped recently. Now you’re inspired to cook up something that would wow all the judges.

The go-out option: Sign up for a cooking class at Cookbook Co. Cooks. There are classes just about every Friday, Saturday and Sunday night through to the end of the year. Whether you sign up for a hands-on class or a class where the instructor shows you how it’s done, your registration fee includes instruction, food and two glasses of wine.

The stay-home option: Try to re-create that amazing crispy tofu from Anju. Fail. Deep-frying soft tofu is hard, so settle on eating frozen waffles instead.

7. The kind of entertainment you’re feeling like: You’ve had a long week. You want to kick back and relax with a great craft beer — even though you don’t really consider yourself a beer expert.

The go-out option: Gravity Espresso and Wine Bar hosts educational beer events once a month from now until April. Each event is just one hour — about 20 minutes of interesting info and the rest for beer-related questions. The events are fun and informative, but not too in-depth. And they’re free. The next event is on November 7 and it covers the four beer styles you’re most likely to find in Calgary.

If you’re not looking for an educational beer experience, get out and support the city’s growing craft beer scene instead. You’re spoiled for choice now if you’re looking to try a new craft brewery in town. For something a little different, make your way to Zero Issue Brewing on 12th Street NE. The entire space and its beers are inspired by comic books and video games. There are even stacks of comic books for you to read through as you sip your beer.

The stay-home option: If you know your Friday evening will involve drinking beer while wearing your pajamas, plan ahead and take your growler to The Brewer’s Apprentice, a growler fill station and a tasting room, in the East Village. Definitely taste a few of the Canadian beers on tap before deciding which one you want your growler filled with.

Feeling like an epic night of restaurant hopping? Check out our guide to 17th Avenue SW.