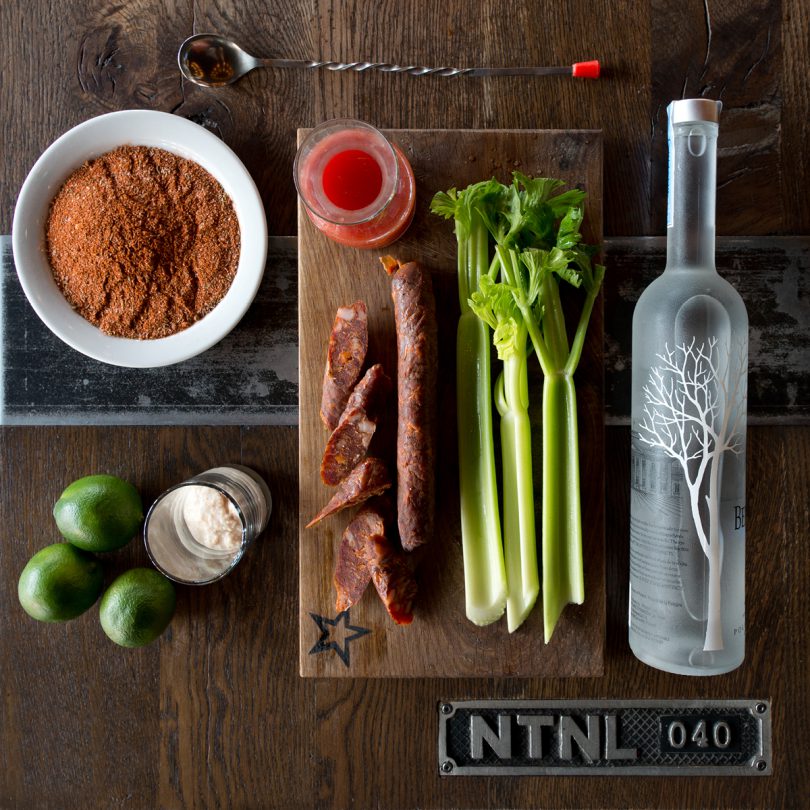 Yah, alright, we know there are technically supposed to be 10 Commandments, but this classic Canadian cocktail is so beautifully simplistic there are really only five major things you need to know when looking to whip one up. We headed to National on 17th for the 101 on nailing this supposed hangover remedy. Don’t say we didn’t warn you, though: the drink these tips will yield is so tasty and efficient you might just find yourself in need of a hangover cure the following day as well.

Unless you’ve been living under a rock, you likely know the Caesar is one of Calgary’s biggest claims to fame. We drink them proud and we boast about it loud. But did you know that his tangy take on a Bloody Mary was the 1969 brainchild of Walter Chell, the then restaurant manager of the Calgary Inn (now known as the Westin)? Now you can take a deeply educated sip.

Thou Shalt Not Skip the Garnish

Part of a Caesar’s most universally appealing elements is its garnish. For some, in fact, the accouterments are the best part of the deal. No real surprise then, that garnish preferences vary vastly from bar to bar.
From a classic celery stalk to the spicy bean, pickled asparagus and most recently, the uprising of the bacon strip in all its glory, what accents the glass is arguably as important as what and how you pour into it. Just ask those who have found the odd lobster tail or mini burger topping their cocktail—the Caesar can become a full meal deal!

Thou Shalt Bring the Heat

Though the traditional preparation follows the “one, two, three, four” rule (1–1½ oz of vodka, two dashes of hot sauce, three dashes of salt and pepper, four dashes of Worcestershire sauce, topped with four plus ounces of Clamato, served with ice), creative cocktail types have been known to turn up the heat. If you like a spicy Caesar, don’t shy away from extra Tabasco, fresh horseradish, a touch of Montreal Steak Spice for good measure or even a squirt of Sriracha—we love that sh*t on everything.

Thou Shalt Not Be Afraid to Experiment

You can never go wrong with a vodka Caesar. That said, gin, tequila, and even rum lovers need not turn their nose up at the Caesar—that spicy Clamato elixir is versatile AF.

Thou Shalt Heal Thine Own Pain

Scientifically speaking, there’s no real evidence that the Caesar helps cure a hangover. Anyone who’s ever had a hangover (aka. everyone), however, will tell you that by adding vitamins and minerals (Clamato juice), a hit of spice and sodium (hot sauce and Worcestershire), a light snack (thank you, garnish) and a splash of alcohol (duh!) back into your system, yields some very positive results. Whether it’s a placebo effect or not, we don’t care. On days after a party—or simply to get the party started again—all hail the Caesar!