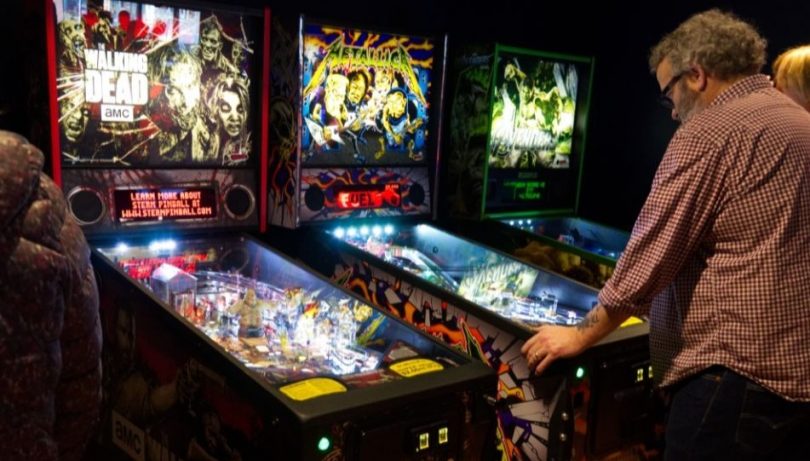 When a man named Dirty Donny Gillies gives you business advice, you should probably listen. It was a push from Gillies that got Arlen Smith started on developing the concept for Pin-Bar, Calgary’s first establishment dedicated to pinball and sandwiches.

“I grew up in arcades,” says Smith. “I was a youth in the ’80’s, so I spent most of my free time in arcades in small towns.” Smith says Gillies pointed out his success after taking over operations at The Palomino and stressed Calgary’s need for a pinball bar. Gillies, who designed the artwork for the Metallica and Aerosmith machines available to play at the bar, knew Smith was the guy to for the job. 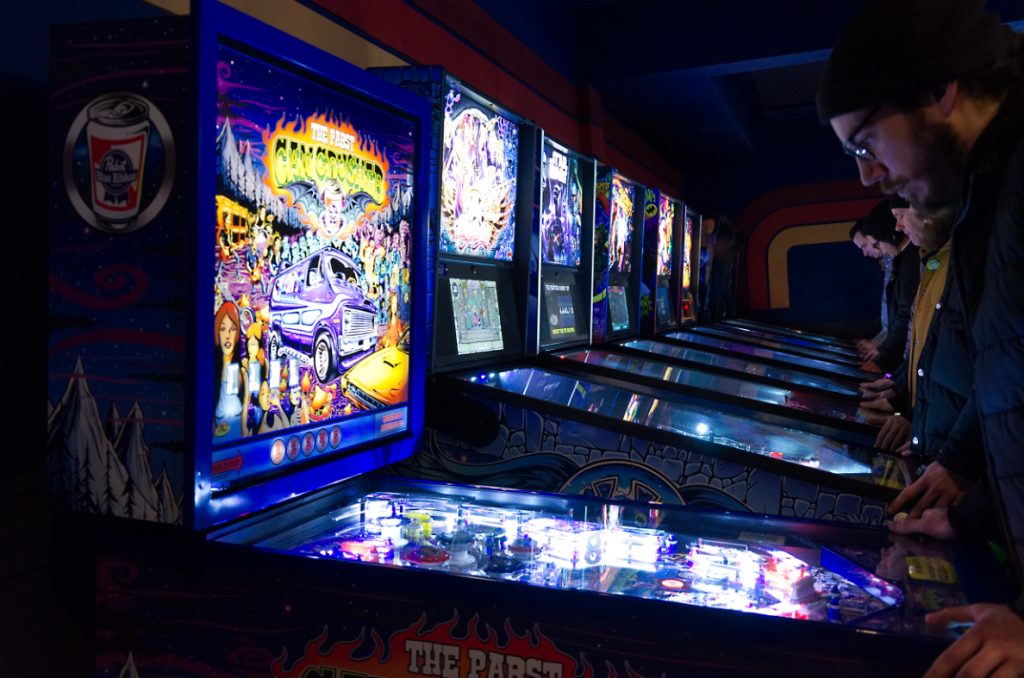 There are 18 pinball machines to choose from and no two games (even on the same machine) will be alike.

Three years later, Smith’s planning has come to fruition and this union of pinball and sandwiches was lit up by the LED bulbs of 18 pinball machines on Thursday, February 22.

Smith has put together a menu that acts as an homage to some of his favourite sandwiches. “We want to provide Calgary with some of the sandwiches that people who can’t travel otherwise wouldn’t get to try,” he says. The restaurant has developed its own takes on famous sandwiches from shops such as the Primanti Bros. and Philippe’s in Los Angeles. The former is Pin Bar’s house-cured pastrami with coleslaw Russian dressing and French fries on the sandwich while the latter is a version of the French Dip where the bun is split open and the open face dipped into the au jus before the sandwich is built. 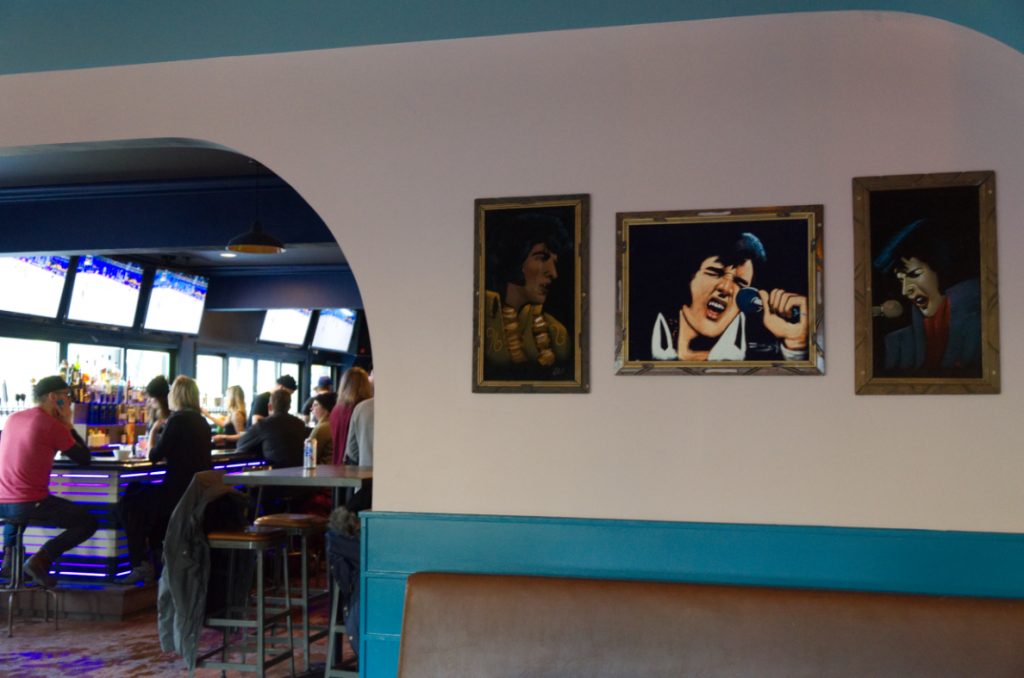 The King not only makes an appearance on one of the pinball machines, but also on the walls of the bar.

Alongside a strong showing of 18 local- and B.C-sourced draught beers available, Pin Bar also has two types of cold brew and two types of kombucha on tap. There’s also two types of craft soda for anyone being introduced to the game of pinball by a parent or guardian. That is to say, folks under 18 are more than welcome to come play a few rounds Sunday through Wednesday until 8 p.m. and until 4 p.m. the rest of the week.

If you’re hoping to master a particular machine — something Smith says is unlikely to happen — then you’ll want to take advantage of Pin Bar’s free-play days every Sunday. From noon until 5 p.m., it’s just $10 for unlimited play and then $15 from 6 p.m. on. 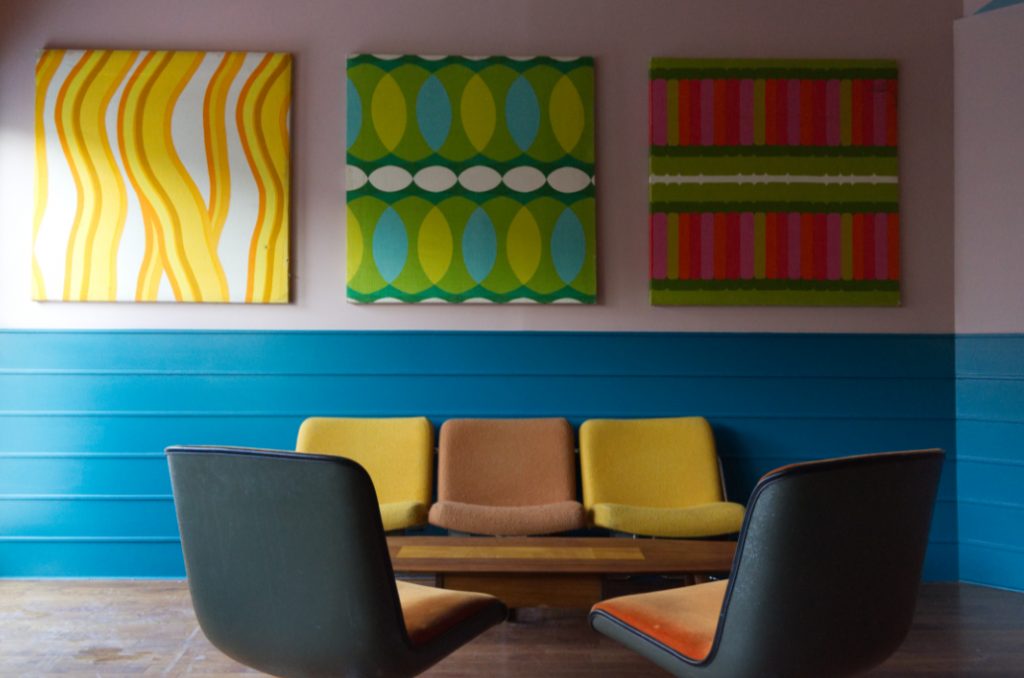 Relax after a couple of rounds of pinball in the mid-mod lounge area at the front of the bar.