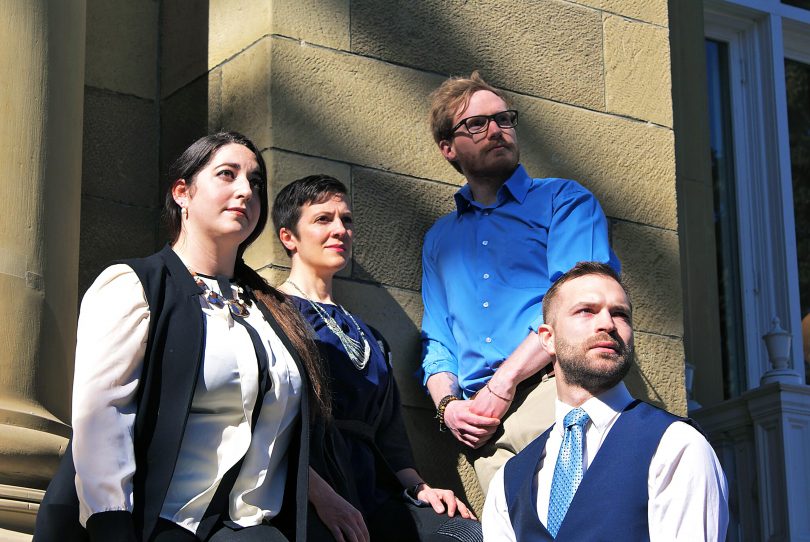 After first premiering 140 years ago, Ibsen’s classic play gets a refreshed version with an Alberta twist at Calgary-based DIY Theatre. When it first premiered in Denmark, A Doll’s House shook the theatre world because of its edgy subject matter. Adapted from the original text, A Doll’s House: Wild Rose finds the central character Nora, a married woman, who lacks self-fulfillment in a male-dominated world, determining her own destiny — even if it disrupts society norms. But what happens when Nora finds herself in present-day Alberta? Does she face a similar dilemma as she did 140 years ago? How have her options changed? And more importantly, does she choose a new beginning?

We sat down with the company’s artistic director Shelby Reinitz — who also playing the role of Nora Helmer in the production — to chat more about what we can expect from the show.

Vern: Why did you decide to take on this story?

Shelby Reinitz: A Doll’s House is one of the few classics that come to mind that shows the growth of a woman rising out of a traditional role, taking control of her own future, and embracing the power that comes with that choice. As a female artist, I am incredibly proud to be able to present stories of strong women on stage, and Nora, while maybe a little unconventional, is really no exception.

V: Why/how is it relevant 140 years after it first appeared on the stage?

SR: I recall reading Ibsen’s A Doll’s House in high school and being fascinated with how progressive it was, especially given the time in which it was written. I was just as shocked to discover that the rest of my classmates prescribed to the belief that Nora was “a bad woman” for making the choice to leave her husband and children at the end of the play. In more recent times, the play has continued to pop up in my mind, in light of the historic #MeToo movement, and any number of American political stories from the past year. It made me realize just how relevant this story actually remains, and how incredibly easy it would be to bring Nora into this century and still have her character resonate with audiences

V: Can you tell us more about the Wild Rose twist?

SR: While the show follows much of the original, it has been entirely rewritten. In Wild Rose, the story is brought into modern day Alberta. Nora’s husband, Henry (Torvald in the original Ibsen play) is an MP with bigger political ambitions. The script delves into the world of Canadian politics in a non-partisan fashion and explores the toll that it can take on a family.

V: What do you hope the audience walks away with?

SR: For me, the ideal would be an audience who walks away from the production and questions why it doesn’t seem out of place for Nora’s story to take place in a modern setting.

V: Anything else you’d like to tell us about the production?

SR: Just a shout out to our sponsors, CF Interiors, SalvEdge Boutique, Aldona B Creative, Alexander Slobodian, and the incredibly talented team working on the project. It’s truly worth it to see the show just for the beautiful work they have done and are continuing to do.