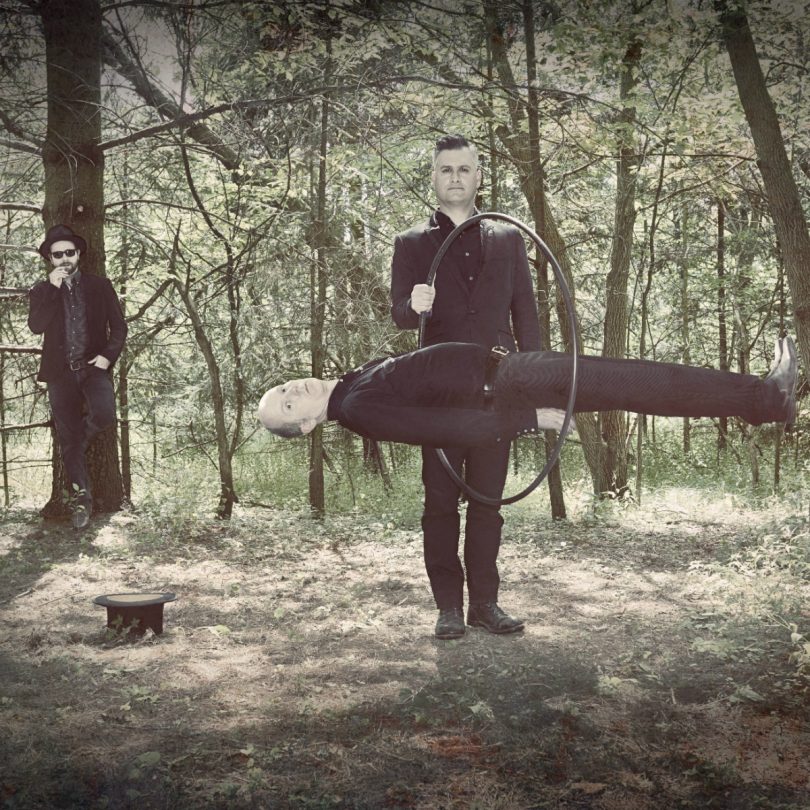 Call them folk rock, punk country, alt-rock or anything in between — Ontario-based band Elliott BROOD defies genre. With their upcoming release, Ghost Garden, they push their sound further while at the same time stripping it down to bare-bone guitar, keyboards, vocals and drums.

Elliott BROOD will be giving audiences a sneak peek of their new music on Tuesday, July 11 when they play the Wildhorse Saloon. We chatted with lead vocalist Mark Sasso to hear more about the album and how a long-lost hard drive sparked newfound creative energy.

You’ll be playing live in Calgary; have you played Stampede before?

We have. We love it! It’s craziness. It actually is a good representation of our music. It’s total craziness, at the same time there’s unbridled energy. People are just letting loose.

Did anything weird or crazy happen to you here during Stampede?

The very first time we were there, we were there a day before and Sloan was playing and there were some people in the crowd who were so drunk in front of us and they were like, “This is the best Sloan cover band we’ve ever seen.” And then the friend turns to her and says, “That is Sloan.”

We just got the test pressing two days ago. It’s really close, yeah, so hopefully it will be out in early September.

Does that mean the audience will hear some new stuff?

Definitely. A good helping of it, actually.

What’s the name of the new album?

How did you come up with that name?

It alludes to houses in urban areas where people have lived but have since left, and now these houses are abandoned. The perennial gardens keep coming up year after year.

What inspired the concept?

We had lost a drive that had demo songs on it from the beginning of our career. We had all moved to Hamilton and unbeknownst to us, this drive was actually stuck in a bag and we found it. They wouldn’t have worked back then, but we were like, they’re really good songs, we should give them a go.

How many of those songs made it onto the album?

A few of the demos got onto the album. T.S. Armstrong is one about this guy we had met on the top of a mountain — I’m wondering if he’s still alive — just outside of Pincher Creek. He asked us, “Did you guys bring bear spray or anything like that?” And we were like, “Bear spray?” Four kids form Ontario, we don’t know about grizzlies. So we meet this guy at the top of a mountain and he said, “Do you know why I bring my dog hiking? Because I’d sacrifice my dog if a grizzly bear shows up.” We were like … “What?” And we saw him three times over the course of a week for whatever reason, and I wrote a song about him and it got lost.

How has your sound evolved on this album?

It’s a bit more atmospheric and there’s a bit more space. We’ve tried to limit ourselves to how many instruments we were going to put on it. With Work and Love, we fleshed it out quite a bit, where this one we limited ourselves to just a guitar, keyboard, vocals and drums.

What can we expect from your show at Wildhorse Saloon?

We’re older, obviously, as a band. We’ve been a band for 16 years. We’re always giving the energy that we always have. It’s a high-intensity show. It’s workout for us, and we want to have a great time with the audience. That’s our goal.

Is there anything you’re planning on doing when you’re in town?

We usually go out to eat with our sound technician and his dad.

Elliott BROOD consists of Mark Sasso, Casey Laforet and Stephen Pitkin, and will be performing at Wildhorse Saloon on July 11, 2017. Buy tickets here.