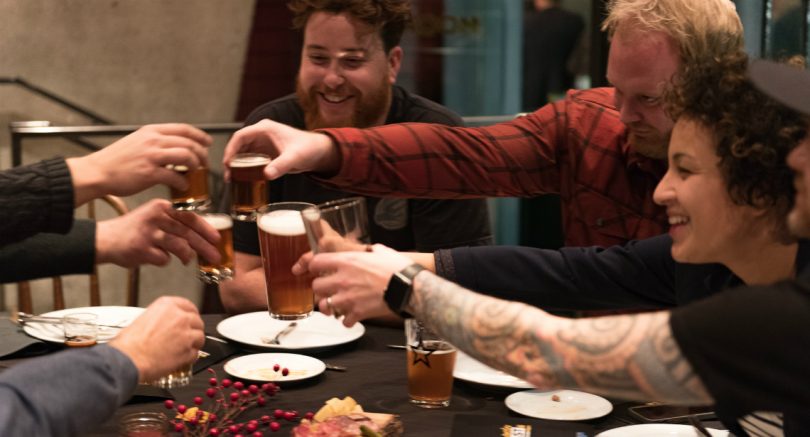 Justin Labossiere, the culinary director at National, began his career with Concorde Entertainment Group in 2007 when he was 26-years-old. At the time, Labossiere assisted opening Flames Central before working as a corporate chef and experiencing the openings of Sky360 and both Local 522 and Local 510.

After choosing to leave Concorde in 2010 to get back in the kitchen and work with Michael Noble at Notable, in 2016, Labossiere says he felt it was perfect timing to return to a corporate environment — bringing him back to the Concorde family. Labossiere’s return to the brand also coincided with the four-year anniversary of National on 17th.

“I have two of the best bosses I have ever had in my life,” says Labossiere. “Working with Brad Morrison and Jon Molyneux, we speak the same language. They also give me the freedom to do whatever I need to push the brand forward and grow it.”

We chatted with Labossiere about what keeps him inspired while putting together a menu for the National brand, and how that inspiration will work its way into the menu at the Banded Peak Brewmaster Feast on September 28 at National on 8th.

Generally, what inspires you the most when you put together a new menu?

What inspires me the most is travel. Traveling for me is a big part of what I do, and I do try to get away about three or four times a year to new cities. I really focus on the U.S. and B.C. I’m from Vancouver Island, so I am lucky enough that I get to spend about 30 days a year in Tofino and on the coast where I grew up. Aside from that, I travel down to Portland, Seattle, Las Vegas, and Austin, Texas most recently. It is almost like every time I take a trip and come back and I start creating my next menu.

What about living in, or travelling to, those cities influenced your cooking style?

For me, growing up on the coast was such a huge influence with farm-to-table, locally sourced products and seafood. I’m really inspired by when I was living out there and being able to pick wild mushrooms, going fishing, picking the oysters off the beach, having fires and really being inspired by the outdoors.

And then for me, Portland is always a favourite of mine to go down to because it is so close, it is a very friendly city and it is a very diverse city for food. It is a small city, so I really like going down there because you can really get into it and see a lot.

I had always wanted to go to Austin; it had been on my bucket list for years. Experiencing their cocktail scene, their microbrewery scene, anywhere from getting a $2 taco off of a food truck where they don’t speak any English to going to a super, super high-end sushi restaurant that you would find in downtown Vancouver, to driving out to a ranch to eat barbecue. And then, being able to check out the live music scene, for me, it was really inspiring. 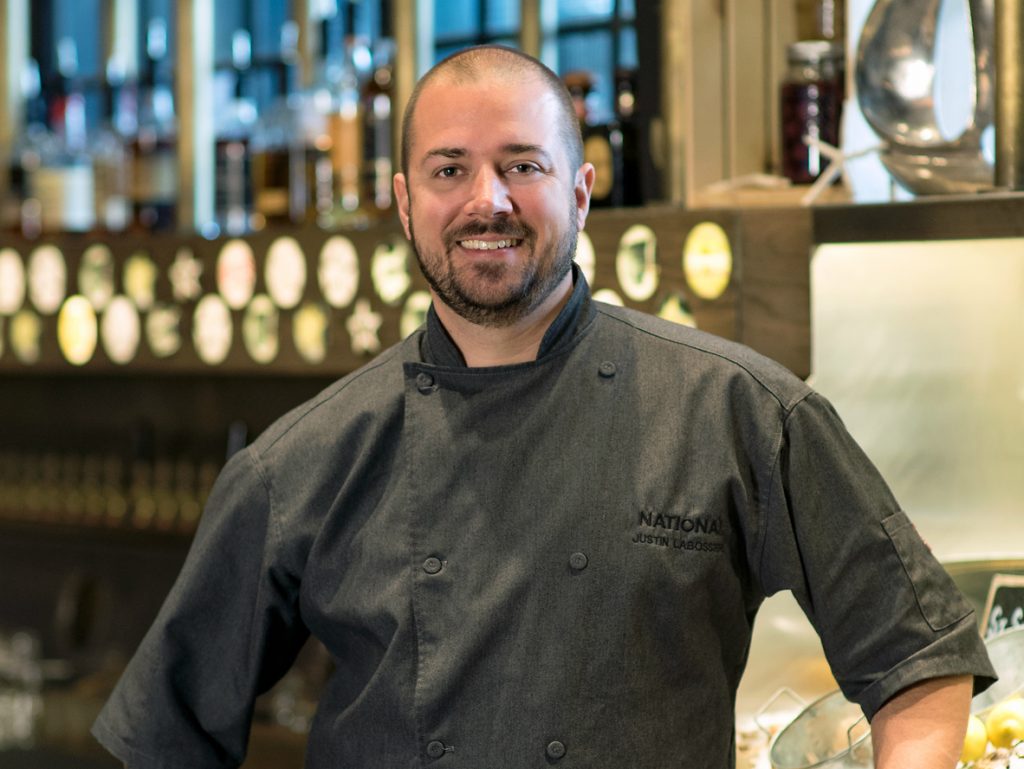 How have these influences inspired or affected you when putting together a menu at National?

This most recent trip to Austin, I had started writing the menu before I left, but then I went down for a week and I came back and threw out all my notes and started again. I ended up changing 18 of 38 items — so over half our menu was inspired by being down there. From the smallest recipe for a Mexican chorizo, I had at a taco food truck to some great barbecue brisket that I had at a ranch outside of Austin, even to this really killer jalapeño salad dressing I had at a Japanese restaurant. I picked up so much stuff when I was down there that I came back and I wrote this menu and it was perfect.

Then, thinking of the Banded Peak Brewmaster Feast, how has Austin or Portland, or growing up near Tofino, influenced the event’s menu?

So, we have a whole pig that I bought from Broek Acres that will go on the rotisserie, and then I have some Alberta bison we are going to be cooking over a yakitori grill, some West Coast scallops, West Coast oysters, it is going to be kind of a mix between Brewery and the Beast meets backyard, West Coast party. That is what it is for me.

It is what I cook for my family, and what I cook when I am not working. For me it is about family style, talking and sharing food and stories and sitting around a big table. That is what cooking and dining is to me now, and that’s all I want to do when I am at work, and when I am on my own time.

What are you really looking forward to about the Banded Peak Brewmaster Feast?

The thing I am looking forward to the most is cooking with my chefs at that location. I have a great rapport with all my chefs, and just having the chance to turn my phone off, hang out with them, cook, laugh and share stories. And cooking outside on the patio probably for our last chance of the year, and the last chance that I will have to hang out with them before we get into our busiest season. I also love the beer, the brewery we are working with. I am looking forward to being with my team, cooking outside, interacting with our guests, and having the last nice evening outside this year.

That is a tricky one. We are going to be busy over the next nine to 12 months I don’t even know if I will be able to get away. We have so much going on within the brand. If I could go anywhere tomorrow, I would definitely go to Hong Kong and Tokyo. I have never been and it is food I love to eat when I go out with friends. Really, anywhere in Asia or Southeast Asia is where I would like to go next.

As told to Sarah Comber