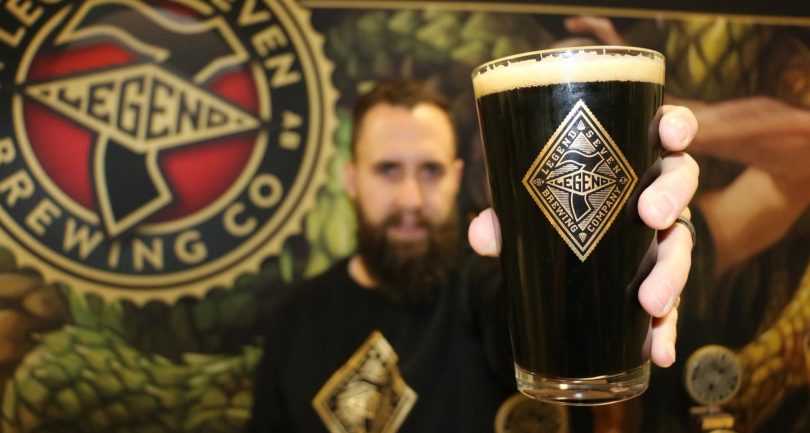 Officially launching this month, Legend 7 Brewing Co. is Calgary’s newest brewery. Located in the heart of the Barley Belt, they’ve got three brand new brews and are ready to quench Calgary’s thirst for craft beer. We asked their territory manager, Ian Brooks, and their brewmaster, Matt Dean, seven questions to get to know this new brewery a little better.

1. How did the idea for this brewery begin?

As craft beer has become more and more creative with so many styles and people pushing the envelope in the recipe development front we wanted to jump right in. Even before we came up the name for the brewery, we began with the thought of a recipe series based on the 7 Deadly Sins — a deep, rich Porter for Lust, a sharp Pilsner for Envy, and so on.

After some research on the sins, over a few beers, of course, we quickly realized that we were limited to only 7 beers. Then it all came pouring out — literally and figuratively. The number 7 is all around us and the possibilities of what we could do with our recipes could be endless. Seven Saintly Virtues, 7 Days of the Week, 7 Wonders of the World, even the 7 Dwarves. Plus we wanted to tell a story with each beer. So, naturally, Legend 7 was the perfect fit. There are so many stories of 7, we could make different beer styles forever.

3. On that note, which of the 7 Days of the Week is your favourite?

We’d have to settle on a tie between loud Friday nights and lazy Sunday mornings.

4. We can get behind that. Which of the 7 Deadly Sins do you commit the most?

Gluttony — and we commit it every day.

5) For a little balance, which of the 7 Saintly Virtues do you try to abide by?

Charity. We think it’s good to give back. We’re looking forward to partnering with groups who are doing great work here in Calgary.

6) There are 7 notes on the musical scale – what kind of music is bumping in the Legend 7 brewery lately?

7) What is your favourite Legend 7 beer so far?

We each have a favourite: Ian’s is the Serpens Pilsner, and Matt’s is the Dark Gate Porter.

Hit up National on 10th for the official Legend 7 Brewing Co. Launch Party on February 15 and 16 to try these new beers out yourself, all of which will be on for Happy Hour pricing both days!