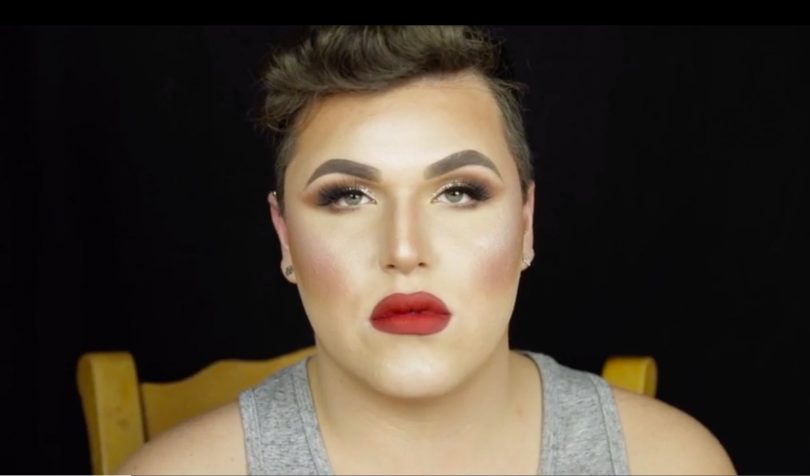 How often do you see yourself represented on the silver screen?

For members of indigenous, black, POC, immigrant, and LGBTQ2S+ communities, the opportunity to see themselves in a film’s characters or narrative is quite often few and far between. Here N’ Queer: Not Going Anywhere is an evening of film shorts that aims to empower representation by uplifting the histories and identities of these communities through the lens of their members. Presented by the Treaty 7 Film Collective and programmed by founding member Danni Black, Here N’ Queer is a part of this year’s Fairy Tales Queer Film Festival put on by the Calgary Queer Arts Society (CQAS) and will take place on Sunday, May 26 at the new Central Library.

We sat down with Black to talk about what can be expected from Here N’ Queer, the goals of the Treaty 7 Film Collective, and why uplifting the stories of local filmmakers from these communities is so important.

Black, who is also the programming coordinator at CQAS, is a member of the Siksika Nation which is a part of the Blackfoot Confederacy on Treaty 7 land. She identifies as Indigiqueer and is currently exploring what it means to be Two-Spirited in the Blackfoot community.

Vern: Could you tell me about the Treaty 7 Film Collective?

Danni Black: The Treaty 7 Film Collective is a group run by three women of colour who are dedicated to uplifting the stories of local filmmakers from the indigenous, black, racialized immigrant and LGBTQ2S+ communities. It’s a grassroots, DIY initiative that chooses to create media that represents our histories and identities. We are creating a platform for empowerment and collaboration by using storytelling to create better conditions. [The Collective] produces films and facilitates gatherings and we work towards engaging members to use film and other art forms to show their truth. We invite filmmakers, storytellers, artists, musicians, and other enthusiasts on Treaty 7 land to collaborate, create community together. We want to do that through film and media specifically. We also like to always acknowledge that we do this on Blackfoot territory, Treaty 7 land. Our goal is to create a platform for members to be unapologetically themselves.

V: How did you become involved with organizing this shorts package for the festival?

DB: Last year we actually submitted a film called Saturdays, which was about an Indigenous and Filipino woman, who are a couple, and they want to have a baby. Sothey decide to ask one of their ex-boyfriends for some baby juice. We screened that and James [Demers, CQAS’ executive director], asked me if I wanted to be one of the panel moderators after one of the screenings they had a couple of years ago, too. So, I was sort of on their [the festival’s] radar. Then this year I got a message from James and he asked me if I wanted to curate some films for Fairy Tales. Immediately I was really excited and really happy and thankful.

V: What can audiences expect from Here N’ Queer?

DB: A lot of the films are really different from each other. So we have some docs, we have non-fiction. We have some really interesting films, just in the way that they were created. And I think that a lot of these films are a little bit outside of the box, so it’s really nice. I think it’ll be a fun way to engage, but also just learn from people’s different perspectives however they choose to bring forward those stories.

It gave me the opportunity to be able to connect with other organizations across the country. I connected with the queer and trans Shorts Night in Toronto and was able to bring some of the films that were screened there to this evening. And then I also just connected with my Winnipeg friends from the Indigenous Filmmakers Association. Those filmmakers are Two Spirited and there’s a lot of Two Spirit representation within the curation. So, I’m really looking forward to just having them screened and having people see and learn from them.

We’re going to have some of the filmmakers as part of the panel discussion. We have one filmmaker flying in from Toronto, Justin Ducharme, who is the director of Positions that will be a part of my curation as well as another night within the festival.

V: Were there any films that resonated with you while curating the program?

DB: There are a couple that I’m really, really excited about for a couple of different reasons. One is Local Degenerates by Khrysta Lloren, who’s also known as Nofac3. It’s actually a web series, but she was able to edit it down to a six-minute short for us. It’s a web series documenting the lives of queer people in Calgary. Some of the things they spotlight are Fudge Packer Fridays, Hydration dance parties, as well as Pink Flamingo. It really aligns with the Outliers exhibit at the Lougheed House that is talking a lot about Calgary’s queer history and culture. So, I was really looking forward to being able to include Local Degenerates in the curation, which I think falls in line with what the [CQAS] is doing right now in terms of educating and showing the city just what is going on here.

Another one is When Winds Crash, by Ryan Cooper. That short film is about a gender fluid drag queen that’s living out on the reserve in Manitoba. It showcases the strength that a lot of two spirited and gender fluid, trans, and non-binary and Indigenous people specifically have. There’s a history of homophobia and transphobia directly caused by things like residential schools and colonialism. So, it was really incredible for me to see somebody being so unapologetically themselves, who was unafraid to be who they are and share their story.

V: Were there any challenges in programming Here N’ Queer?

V: Why do you think it is important for members of these communities to see themselves on screen?

DB: I think that there need to be more queer people of colour, both behind and in front of the camera and not because they’re queer people of colour, but because they are talented. Talent is everywhere, but opportunity really isn’t. In the past, I believe we haven’t done enough to nurture our diverse talent. That starting point is getting those films shown to a wider and broader audience. I think that when we elevate more diverse voices and skills, we get more diverse representation through media, which will create a lot of change within the community. I just think that Here N’ Queer is an evening of celebrating queer and racialized filmmakers from across Turtle Island because, as we share everything with the world, it’s more important than ever to listen in while stories because that’s how change happens.

Here N’ Queer: Not Going Anywhere will be at the new Central Library on May 26 at 7 p.m. as part of the Fairy Tales Film Festival happening May 24 through June 2, 2019. Tickets can be purchased on a pay-what-you-can sliding scale here.

The lead image to this article is a frame from When Winds Crash, by Ryan Cooper, one of the films being screened at Here N’ Queer: Not Going Anywhere.

Ever feel the need to dye your hair purple? If you need a good reason to convince yourself to finally take the leap, read this article.