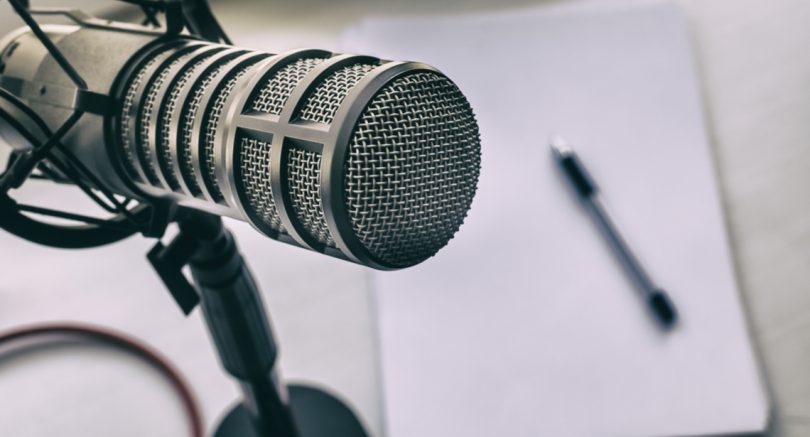 Like a good book or movie, we all have that one podcast or YouTube channel that we insist people check out. In recent years, the formats have come into their own right and creators are making their livelihood out of self-produced radio and television shows. If you’ve had an idea bubbling up for your own concept, there’s now a dedicated space in the city where you can make your creator dreams a reality.

Kyle Marshall, a local YouTuber and podcaster, has opened Media Lab YYC within The Bridge co-working space in downtown Calgary. The Lab provides the resources, equipment, and guidance for creators, both new and established, to produce professional quality work without having to break the bank outfitting their own studio. Marshall was inspired to create the space after a trip to California where he discovered a similar concept in Google’s YouTube Spaces. The only problem: you need 10,000 subscribers before they even let you set foot in the door.

Media Lab offers banks of editing computers (PC and Mac), recording equipment in the form of microphones, a Panasonic Lumix GH5 camera, and recording booth and a video stage complete with green screen. The Lab will also be hosting workshops such as “Learn Adobe Premiere” and events where you can receive feedback on self-produced work.

To get a taste for how a good microphone and a creative space can elevate your work, check out our interview with Kyle Marshall recorded at Media Lab YYC.

Check out these local YouTubers and podcasters to get the inspiration flowing before you visit Media Lab YYC.

Matthew Allen — If you’re an adventurous gear-head, Matthew Allen’s channel is the one for you. Allen does all of those mountain activities Calgarians know and love but cranks it up to 11.

The 4th Line Podcast — Quintessentially Canadian, The 4th Line features friends Carl and Joel as they grind out their opinions on hockey.

The WorkNotWork Show — Terence C. Gannon interviews people who simply have interesting jobs, usually stemming from a lifelong passion, to find out how they managed to make it their career. Gannon has interviewed Calgarians such as Sebastian Sztabzyb of Phil & Sebastian Coffee Roasters and filmmaker Gary Burns.

Tight Ends Podcast — Vanda and Ali don’t claim to know a lot about sports but, since their husbands are huge sports fans, they know enough to stay in the conversation. Tight Ends follows the pair as they learn enough about sports to stay afloat.

Izzy Nobre — Izzy Nobre gives his take on current events through video rants and commentary. If he doesn’t agree, he’s going to let you know. “A Rant About Eating Videos” (some swearing): youtube.com/watch?v=Rs5AiAWiBlc&t=41s

HermitSherpa — HermitSherpa is the channel of Calgary voice actor Lucas Gilbertson. It features some of his voice acting work, tips and animations. A One Minute Voice Tip — youtube.com/watch?v=jzWTxUIIUR4

Symbol Syndication — Symbol Syndication is a video production service in Calgary. Their channel offers video tutorials to make the most of online assets. “How To Use Video for Marketing:” youtube.com/watch?v=DNI2jycfTxw

Want to make some pottery? We toured the beautiful Workshop Studios.