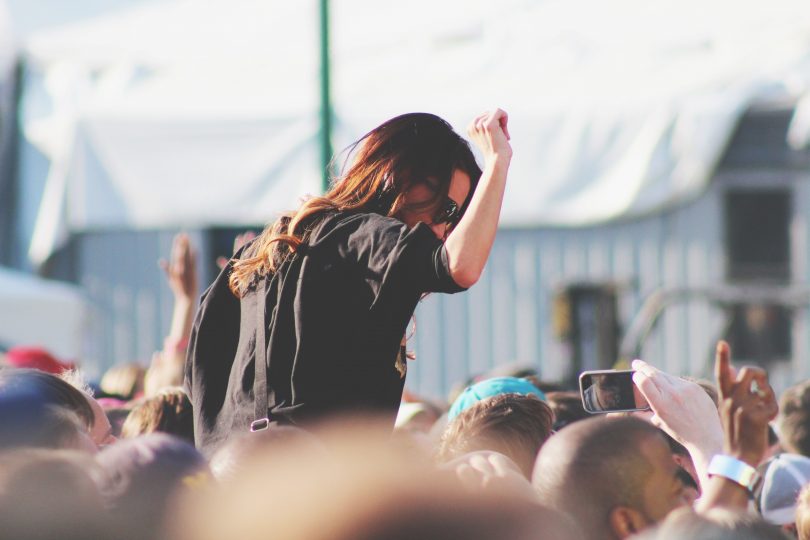 Musical nostalgia is about to give fans all the feels at Roundup MusicFest’s upcoming show on July 11, 2018, and we’re here to figure out who this surprise artist might be.

Train, the multi-GRAMMY and Billboard award-winning band, is set to headline the festival, along with 90s rock-revival band The Wallflowers, and Canadian alternative band, The Grapes of Wrath. As always, the event promises to bring together music lovers with amazing performances, good food, a great crowd, and beer gardens.

So far, our list of talent brings us right back to the nineties — when everything in the world was right thanks to bandanas, combat boots, and all the rock-revival bands your mosh-worthy hair could handle. We started to assume this must be a theme and investigated the possibilities for the surprise act.

While you reminisce and decide who to bring to the show, we’re taking a stab at who could rock the stage at Shaw Millennium Park.

We wanted to guess The Verve, so we could sing “Bittersweet Symphony” in unison with the crowd and our smartphone flashlights swaying through the air. But after much research — and disappointment — the band has been GRAMMY nominated one time, not four.

Our next guess is Pantera — a four-time GRAMMY nominated band who could perform at this year’s music festival, although with the alternative rock vibes we’re getting so far, we wonder if a heavy metal band makes sense for this event?

Our final guess is Matchbox Twenty, who had disbanded but got back together in 2017 for its A Brief History of Everything Tour. With four GRAMMY-nominations under its belt and an internationally recognized name, our guess is Rob Thomas and the gang could grace the stage during Roundup’s highly anticipated event.

Regardless of who this mystery artist is, we are getting pretty excited to pull out our Dr. Martens, wrap a flannel shirt around our baggy mom jeans and jump into a 1992 Toyota Supra with a Discman in hand. Because honestly, nothing sounds better than a summer music festival that brings us right back to the best time to be alive.

For more information or to buy tickets visit http://roundupmusicfest.com. The surprise artist will be announced on or before June 24th, 2018, so keep your eyes peeled.