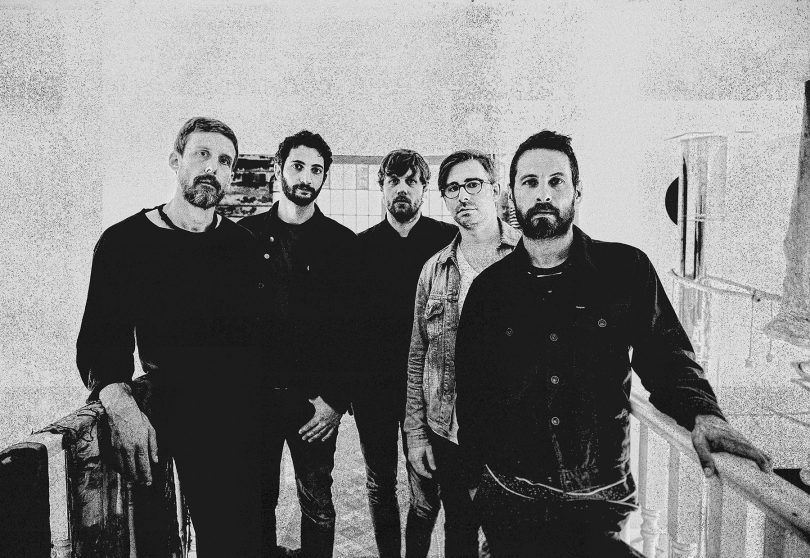 Quintessential Canadian rockers Sam Roberts Band will be in Calgary during Stampede to play the Wildhorse Saloon on July 9, 2017. We chatted with Sam to get his take on his latest album, Terraform, why he loves performing in Calgary and the number-one thing he plans on doing while he’s in Cowtown.

Are you looking forward to coming to Calgary for Stampede?

We’ve played at the Stampede many times and it’s always one of our favourite places to come back to.

The city’s quite the scene during Stampede, isn’t it?

I guess you can say we’re used to it. As much as you can ever get used to the energy of the Stampede, but the first time we played out there we were on the Coca-Cola Stage and looking out over a sea of cowboy hats. It was definitely unlike any other show we’d ever played before.

Do you have a craziest memory of playing Stampede?

Aside from that first time and looking out and watching people trying to line dance to one of our songs, which was definitely not written with line dancing in mind, but it did happen. That was the first and only time that any one of us has had an official line-dance kick off. I can’t imagine topping that.

Will you be playing a lot of music from your new album, Terraform?

That’s why we keep making music, really, is to bring change into our performances; otherwise, they have a tendency to wear pretty thin if you’re just constantly resting on your old material. We’re always trying to insert new songs into our lives shows so we never feel like we’re walking the same path over and over again.

How do you divvy up new music and older music in your shows?

I think at the first Stampede, I don’t even know if we knew how to play more than ten songs, and now we’ve got a catalog of 100+ songs that we have to choose from. So we might play six or seven new ones, but there are still songs from our last record that we want to play and then we haven’t touched on the ones from ten or 15 years ago. Instead of relegating too many songs to the sidelines, we just play for longer.

Fans don’t always get that same type of generosity from bands.

Where were you at when you started writing songs for Terraform?

You tour a record for a year, year and a half. Then you come home and you just sort of take stock of what you’ve just lived through for a couple of weeks and rebuild yourself a bit physically and mentally, then it’s almost inevitable that new music starts to creep through. It’s been suppressed the whole time you’ve been on tour, for me anyway — I don’t write at all when I’m on the road. You just sort of have to make the time and space to capture [the songs] as they come up. I think the act of songwriting to me is my primary driving force.

Do you enjoy recording albums?

I do, very much. The recording part of it is a gruelling exercise in so many ways. It’s like building a house: you get to do a lot of fun stuff, like digging holes and pouring concrete, but then as the house gets bigger and you start going more and more into details, you know, the next thing you know you’re looking at the frequency of snare drums for two hours and after a while that’s the part of recording that drives you insane.

Where do you record?

I record all the songs and demos in my basement, a place I call “Rocking Horse Studios” because I have to move all my kids’ toys out of the way to make space for myself. We recorded this album at the Tragically Hip studio just out of Kingston, Ontario, a fantastic venue, a beautiful, rickety 150-year-old mansion. There’s so much character in the house and it inevitably finds its way into the recording, from the creaky floors to the finicky electricity, you name it.

It sounds like you were in a good space when you recorded this album, it’s pretty upbeat.

After making a few records, you lose some of the trepidation and the fear. Even though I like to think of the records that we made earlier on as being carefree in some way, I know that if I’m being honest with myself there’s always that fear of making mistakes and taking a misstep that’s going to lead to cataclysmic disintegration of this career that we fought so hard to forge. I think that in the last couple records, I don’t want to call it confidence, but essentially the freedom to say things and play things in a way that we want to play without fear of repercussion.

When you were first starting out with albums and selling music, you were just entering a big shift in the music world. How have you seen it change; how does it change how you make music?

Honestly, it’s changed so many times, so many different ways. The one constant is that nothing’s constant. I think there’s only so much you can do to figure it out or play the game, and really what we’ve realised is that we just have to stick to the things that we have some kind of control over, and that’s how we make records and how we perform them onstage, and not to get too too caught up on whether we are playing the game, whether it’s the social media game or the online retail game to its fullest extent. I’m not sure if we can ever do that.

That’s why you have concerts. They haven’t changed much.

No, I don’t want to call it dependable because the second you label something as dependable you start getting bored yourself and it feels like a word that you don’t want to throw around too much, but there is sort of a feeling of sanctuary and familiarity that comes with performance and knowing that it cannot be replicated in another way.

So you’re here on July 9, 2017. What can we expect from you at the Wildhorse Saloon?

We’ll still dip into our old bag of tricks for sure; we still love playing those songs, too. The old songs take on new meaning and new life when they’re surrounded by newer songs. An experienced fan of the band will hear plenty they’re familiar with, but at the same time, our energy on the stage comes from things that are new. I think people will see a band that’s still digging deep and still very ambitious and still very much thinking about the future and where we’re trying to get to with our music.

When you’re here, what’s the one thing you want to do in Calgary?

I always visit my aunt, so for sure that’s happening. My aunt lives out there and we always have lunch together, so I know that’s on the schedule. Everything else is fair game.