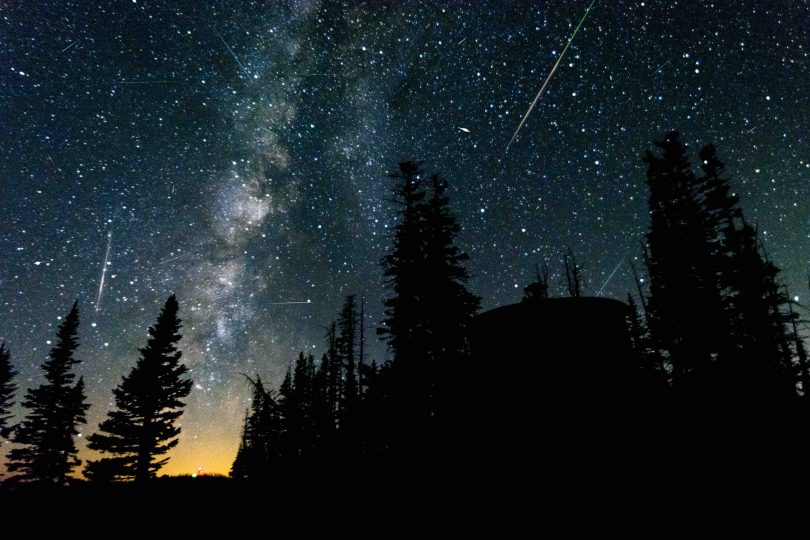 I thought I had some pretty solid plans set up for Saturday night, but it looks like my future’s not so bright.

1. Ok, I’ll start from the top. I’m going through a galactical phase right now. All of those starry skies printed things that are so hip these days — I have them all. My phone case, my notebooks, my tights, my screen saver — everything. I’m sorry, I can’t help it.

2. So when I saw that meme going around about the upcoming Perseid meteor shower being “the brightest shower in human history”, I was like, “Sweet, I’m gonna drink some beers in the country and watch the entire sky light up!”

3. But just because I like the galactic GIFs and stuff, that doesn’t mean I know anything about the galaxy or how it works, so I started Googling this prolific meteor shower.

4. And lo and behold — turns out this So-Called-Best-Meteor-Shower-in-96-years is a total scam! Just 100% full on #fakenews made up by some nerds.

5. But I kept reading anyway … apparently, the Perseids meteor shower happens every year from mid-July with the peak activity being around August 12th. They are typically fast and bright meteors that increase in frequency around midnight. Sounds pretty cool, doesn’t it?

6. So even though it’s not going to be the huge light show I was promised, at this point in my research I was still game, like, “Whatever, I can still go drink some beers in the country and see a few meteors at least!” because a normal Perseid meteor shower blasts out 60 or more per hour which is approx. 60 more an hour than I’ve ever seen in my life, so still could make for a pretty nice night out under the stars, right?

7. But then I kept Googling. And it got worse.

8. Turns out the moon is going to be super bright this year, so “In 2017, with a bright moon in the way, the Perseids are not at all likely to produce a “once in a lifetime” meteor shower. IN FACT, THEY’RE LIKELY TO BE LESS SPECTACULAR THAN LAST YEAR!”

10. But you know what else – I’m probably still gonna head out to the country, crack open a couple beers, and have a good time, meteor shower or not. So take that, galaxy.