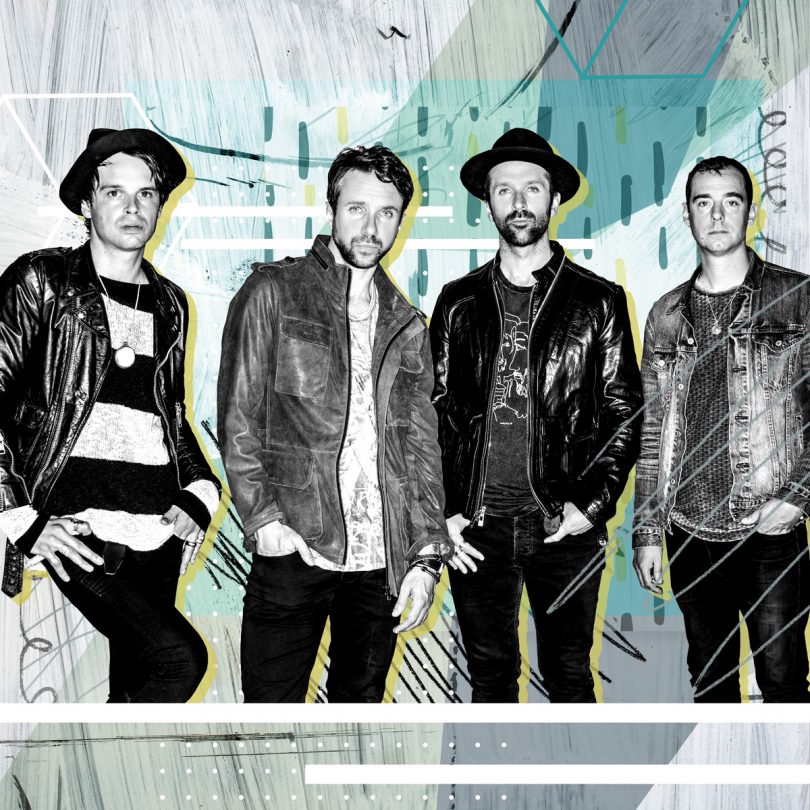 Since forming in Antigonish, Nova Scotia in 1997, The Trews have grown to become one of Canada’s favourite bands. Catch them in Calgary when they’ll be performing at the Wildhorse Saloon on Monday, July 10, 2017. Guitarist John-Angus MacDonald chatted with Vern about the weirdest thing that’s ever happened to the band at Stampede, his thoughts on recording long-play albums and the most annoying thing about life on the road.

How did you get into music?

I was in violin lessons from a very young age, and then I switched over to guitar about 10 or 11 years old. Everybody in my family plays something. My dad played acoustic guitar and piano. I played all the time and then we put a band together, my brother and I, in our mid-teens and we’ve been playing together ever since.

What were those early years like for the band?

Right out of the gates we were pretty ambitious — we wanted to not just be in a band, we wanted to be in the best band. At first, that means in town, and then the best band in the next town over, and then making our way up to Halifax, which was the big city — and try to cut your teeth with all the people around that scene. That sort of drive just leads us to uproot and try our luck in and around Toronto.

Did the popularity of East Coast Music help you out in the beginning?

That was the sort of ’90s rock thing that was happening out of Halifax. We were a bit young for that. It definitely made you feel like you could do it out of the East Coast because, before that happened, as a rock band it felt pretty far fetched that you could get a record deal or break on the scene nationally out of the East Coast.

When did momentum for The Trews really get started?

We started playing out here on a really regular basis and that led to our career. We got a manager and our agent, we got our record deal. We put out our first record in 2003.

And it did really well!

Yeah, it had a huge hit and went gold. You hit the ground running. You don’t even realize what you’re signing up for. When you’re a kid you just want it, and you don’t even know what “it” is. And now that I’m 36 and I’ve had “it” for 15 years. I know what “it” is — you get to keep on going and keep doing it and you earn a fanbase and you go back and play for them over and over and make more music for them and have a whole life that revolves around music.

I love recording. I get a lot out of recording, to the point where I’ve branched out into a production career of my own where I’m producing other bands and other artists quite a lot. The songwriting part can be a little tedious, but once you have a song that you’re happy about and you want to go in and cut it, I love the infinite possibilities a studio presents.

Some things can wear on you — like if I have to take off my belt at security one more time. Everybody has aspects of their job they don’t love, but I love the shows. The challenge that looms at the end of every show day is like, you have to deliver.

Your latest release is a greatest hits compilation. Will your show in Calgary be a hits-heavy show?

We put out Time Capsule last fall and we did the tour behind it last fall and we came through Calgary with that album. It was more focused on that album, so we’re kind of moving onto the next record and we’ve started writing it and we’ve put together plans to record it — brand new songs to everyone, including ourselves.

At this point we have so many songs — it’s been since 2014 that we’ve put out our last full-length album. We’re trying to whittle down something that’s cohesive and makes sense together as a piece. Even as I say those words I feel kind of silly because nobody listens to albums anymore as a piece, but it still means something to us, so we’ll keep doing the long play thing — for a little while anyway.

There’s still something to be said about a great album, isn’t there?

I still digest music like that and I don’t consider myself a dinosaur. I’m not married to my record player or anything like that. I’m happy about some of the new technology and what it’s done. But just this morning, while I cooked breakfast I had Bruce Springsteen’s Devil and Dust on. I put the whole thing on because I wanted to hear a vibe. I wanted to get engrossed about what he was about at that time in his life.

It’s great. Calgary’s always been great. I feel like we’ve played just about every room. We’ve done the Coca-Cola Stage at Stampede about half a dozen times. It’s always a great show, especially during Stampede is always a hell of a party.

Have you ever had a particularly weird experience at the Stampede?

We were dared on the air of a radio broadcast on the Grounds to eat pizza with bugs on it. It was one of the delicacies rolling through that year. We totally felt on the spot, so we had a bite of this pizza and it was — salty?

Is there anything that you always get up to in Calgary, or something you want to do?

I hate to burst a bubble to anybody who doesn’t know what the road is like, but very often you land at the airport, somebody takes you to a hotel or a radio station, you have an interview, sound check and back to the hotel, get changed and then the show. We don’t get to do much until afterward. It will be a Monday, but I don’t think that will matter during Stampede, though — I’ll just try to take some of that in.

The Trews are made up of band members Colin MacDonald, John-Angus MacDonald, Jack Syperek and Gavin Maguire. They’ll be performing at the Wildhorse Saloon on Monday, July 10, 2017. Buy tickets here.