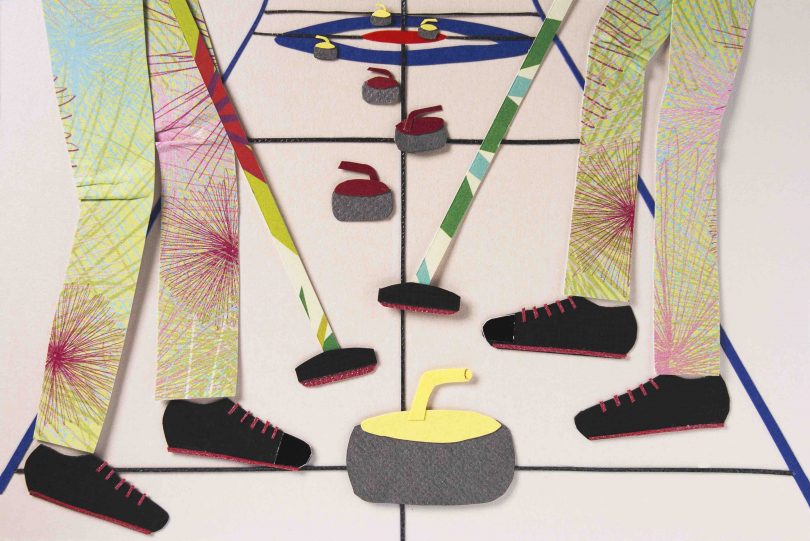 Do you trust Mr. T’s judgment when it comes to winter sports that are enjoyable to watch and/or participate in? Great! You are probably already booking you and your friends in at the local curling rink. If you were not following Mr. T’s contagious enthusiasm for curling on twitter during the Pyeongchang Olympics and Paralympics, take a few moments to get caught up on the hashtag #curlingiscoolfool, and then get ready to hurry hard and earn your next winter achievement badge in curling.

Here’s what you need to know:

Equipment:
1. Warm clothing, including a jacket, gloves, and pants you can really move around in (no raw denim, folks).
2. Clean, flat indoor shoes like sneakers. Experienced curlers wear special shoes (more on that later) but if you’re trying the sport for the first time, these aren’t required.
3. Broom and curling rocks – you’ll be able to rent these at the rink.
4. If you have limited mobility (difficulty with crouching down to grasp the rock) or will be doing wheelchair curling, you can use an assisted delivery device, also known as a stick, which allows you to reach the rock from further away.

If your favourite sport in high school was chess, or you like the aesthetic and social aspect of league bowling, then curling might just be the ideal winter activity for you. Curling doesn’t require an enormous amount of athletic ability, but as the extended team huddles you see during televised curling suggest, there is a lot of strategic thinking involved.

Before you hit the ice, here are some quick facts about the game, patiently explained to us by former star high school skip, Libertee “I’ve been curling since I could push a rock” Muzyka:

A curling tournament is called a Bonspiel.

A team is called a Rink.

All the curling rocks in the world are made from granite that comes from just two sources, a quarry in Scotland, and one in Wales.

Players wear one sliding shoe and one gripping shoe, that’s why they look a bit like they’re riding an invisible skateboard down the ice.

There are 4 players plus one alternate per curling team: the Skip, the Second, the Third, and the Lead. The Lead always throws first.

The ice rink you are playing on is called a Sheet, and isn’t smooth – the final step of ice prep is a fine misting with water that produces the “pebble”, a texture a bit like an orange peel.

The Skip never sweeps. They are like the team captain and are always watching where the rocks are going, and signalling to the thrower and sweepers what to do.

A player can throw a rock in such a way that it has a bit of spin, which causes it to… you guessed it, curl. Sweeping makes a rock go faster, and can alter the line (path) of the sliding rock.

Whichever team has a rock closest to the button (that’s the very centre of the concentric rings – the house – at the end of the sheet) gets points in that end. The other team gets zero.

The last rock thrown in an end is called The Hammer, having the ability to smash all those carefully placed rocks out of the house and off the button and win the end.

There are plenty of curling rinks in Calgary, offering a variety of ways to try curling. Some offer multi-week courses, while others offer drop-in nights that include equipment rental and instruction.

Try the Calgary Curling Club, the Garrison Curling Club or make a day of it and head out to Banff to catch a drop-in night on Wednesdays at the Banff Fenlands Recreation Centre. If you’re looking to try wheelchair curling, get in touch with The Calgary Wheelchair Curling Association.

Post-Olympics, many people might be wondering if they need to wear wildly patterned pants to curl competitively. Luckily, that’s just the Norwegian team’s purview, but if you and your friends feel that it might give your rink an edge, you’d might as well go for it. 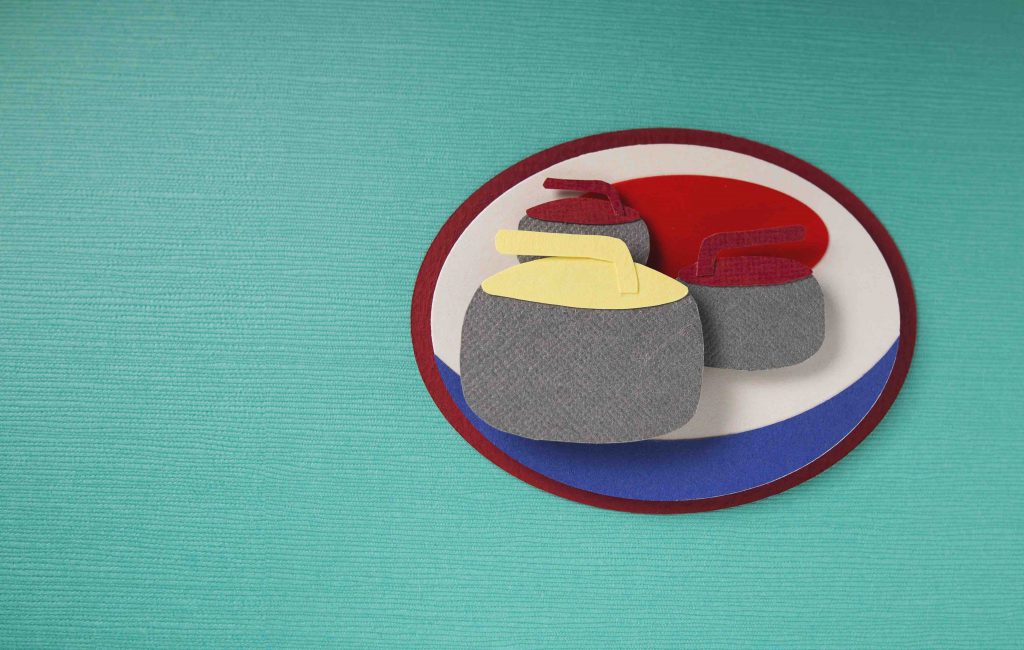 Words and illustration by Julya Hajnoczky.

Still haven’t completed badge number one? Check out everything you need to know about snowshoeing.