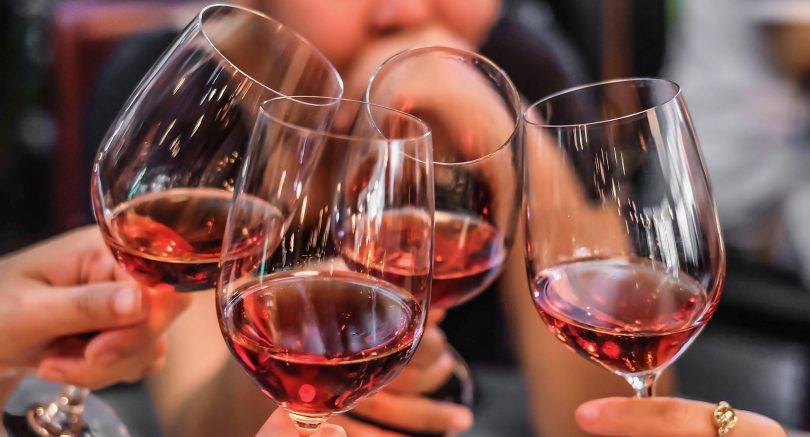 If there’s one thing we can’t get enough of, it’s probably cool events with good food and booze. Though one of our favourite annual festivals has come and gone, Rocky Mountain Wine and Food Festival leaves us with a lot of good hints of what trends we can expect to see more of in the next year. Here are the trends were predicting the city will be seeing more of in the next year.

You’ve been hearing it for the last two or three years, but you can expect to keep hearing it: craft beer is on the rise in Alberta. It was left, right and centre at the festival despite having wine in the name. What really caught our eyes was the fact that there were still new breweries popping up. In the last few years Alberta’s craft breweries have more than tripled, but that’s not discouraging anybody. “We see a much higher proportion of breweries per capita in mature beer markets than Alberta has (even with recent growth). We feel this means there’s still plenty of runway. Alberta is also the only market in Canada that is still adding beer drinkers,” explain Tavis Agnew and Matt James, founders of Freehold Brewing, a local brewery newcomer,

“The other trend with Albertans is that it is a very aspirational culture. We like our nice things. This bodes well for the craft beer industry, who by definition creates a premium product,” they say. Freehold is a brewery that not only makes a delicious Saison but also has a big focus on supporting and celebrating the community they’ve chosen to call home. “That’s why we use the slogan ‘Alberta by Choice,’” they add.

So beer lovers, it’s time to make some room in the fridge for some of the new Albertan breweries set to open in the next little while, including Freehold, Red Bison, and Polar Park.

A timeless wine pairing, cheese, is finding a new buddy to combo with, in just about every way, shape and form. We’re not complete strangers to fruit and cheese being used together; we actually already know we’re pretty big fans of it — who doesn’t love a nice fruity jelly on a charcuterie board or a baked brie with berries? This year the trend seems to be going into overdrive and we’re seeing the pair all over the place.

You might expect it on an already established cheesy dessert like a mango cheesecake from Mango Mania. Thanks to Buttermilk Fine Waffles, you can also find it on a refreshing lemon and goat cheese waffle. Ollia Macarons & Tea is also a fan of the trend, serving goat cheese apricot macarons alongside blue cheese pear macarons. “Does fruit and cheese have to be all about the desserts,” you may ask. Nope! PZA Parlour proved to us that this mix also has its place on our favourite savoury comfort food, pizza. The Gio is topped with gorgonzola and pear, and it works. Really well. All we can say is that we’re excited about the next cool variation … ravioli, anybody?

A little behind the craft beer trend, craft spirits are on the rise big time in the province. Scratch that, in Canada generally. From Ironworks in Lunenburg, Nova Scotia to Sheringham in Victoria, British Columbia, you may have noticed recently that there are some new names popping up here and there almost every time you walk through the vodka or whiskey section at a liquor store. You might be familiar with some in Calgary already; Eau Claire Distillery’s Parlour Gin might even be on your bar cart!

According to Geoff Stewart, President of Rig Hand Craft Distillery, “Craft beer already has a foothold in the Albertan market, which gives craft spirits an opportunity to find its place as well, and even surpasses the current products.”

Stewart says that “with the change in liquor regulations, it gives small-batch distilleries that ability to create products that have never existed.” Albertans want new and unique, and no one understands that better than Stewart, the president of the company that has a Garlic Vodka as one of its best sellers — let us tell you, this is the key to your best Caesar ever.

Based out of Nisku, Alberta, Rig Hand has teamed up with Last Mountain out of Lumsden, Saskatchewan to bring Alberta its first local craft whiskey. You can expect this whiskey to hit the shelves November 11th, in the meantime, you can sip on Garlic Vodka caesars and Wild Rose Gin cocktails. If you aren’t seeing that many craft spirits when you’re at the liquor store, make sure to let them know you’re interested. Craft is a completely consumer driven trend in Alberta’s privatized system.

Chocolate is already the best; who knew it could get even better? This classic wine pairing is moving its way up the ranks. Old Coal Chocolates stole the sweets show at the Rocky Mountain Wine and Food Festival with their unbelievably smooth chocolate and mouth-watering flavours. We asked Jolene Kolk, pastry chef and owner of the company why she thinks small batch, local chocolate is a step up from the mass-produced variety that we’re used to: “In my opinion, the difference with craft chocolate is being able to source flavours locally. We use ingredients, like the berries, all from Alberta. Not everything is always in season, but we use local juices and spirits that are essentially naturally preserved so that we can bring the flavours our customers love to them year round,” she replied.

If you’re excited that craft beers and spirits are on this list, you can credit companies like Old Coal for some of their popularity. Kolk says, “a fun opportunity that we get with craft chocolate is we get to work with local brands, we work with companies like Eau Claire Distillery and Village Brewery to create our chocolate. This gives us the chance to support local and cross-promote,” she says.

You may have not even known that food could be craft until right now. Now that you hear it, you’re probably thinking that it makes a lot of sense. Chocolate. Locally made. In small batches. Using killer ingredients. You aren’t going to want anything else in your life. Grab a box online, or stop by Village, Eau Claire Distillery or Outside the Shape so you can get munching on the amazing Cassis Bonbons.

You must be surprised we didn’t say craft wine. Chenin Blanc is not a name that is completely foreign to us, but it definitely isn’t one we’ve come by often. This would explain why we were surprised to hear it two or three times in a row at this year’s festival. Originating from France, with most of it coming out of South Africa these days, it turns out that Chenin Blanc actually has a pretty good rep amongst wine connoisseurs. So, what’s with its sudden popularity in Canada? A big draw is its unique balance between dry and sweet and its versatility — it can be bubbly or still, oaked and unoaked, making it a near foolproof crowd pleaser.

Likely its biggest claim to fame is that it has the ability to pair with foods that are typically difficult to figure out from a wine standpoint; think sweet and sour, like Asian dishes, or even pork chops with apple. Say hello to your next turkey dinner’s best friend, this grape will be the perfect complement to the cranberry sauce. Fruit and meat might not be your thing. Don’t worry, this wine will still pair extremely well with nearly anything you throw at it, from veal to halibut, and oyster mushrooms to guava. Raise a glass to this rising star by trying one of our festival favourites like the Carrol Boyes Sketchbook Chenin Blanc or Spier Signature Chenin Blanc.

Check out what we were most excited to try before the festival started here.