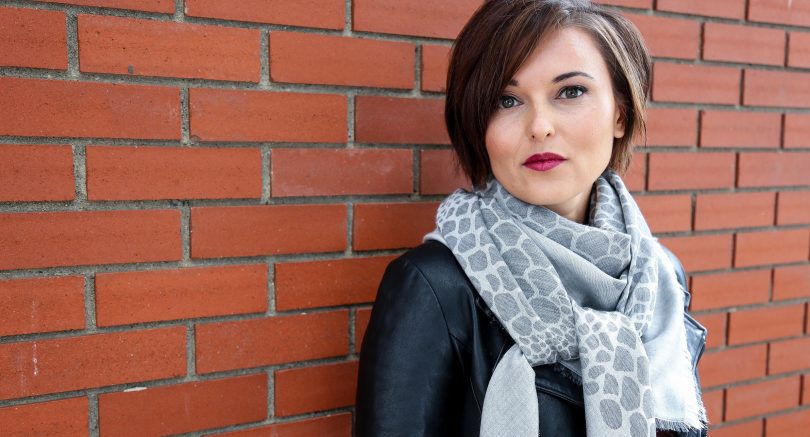 After working as an accountant for more than 10 years in Calgary’s oil and gas sector, Magda Assaf decided to not only leave her job but her entire industry in 2015 — a move that eventually lead her to explore her passion in creating resin and acrylic wall art and launch Modern Emulsions.

“I had a fantastic career for the first eight years,” Assaf says, adding that she was seeking growth and so transitioned into a new position with a new company. The role required Assaf to travel regularly, which made it difficult to spend time with her family. “I was worn out, and then the downturn hit at the same time. I was told I had to let go of people in my team and trim things up,” says Assaf. “At that time I couldn’t handle it anymore, so I quit myself.” 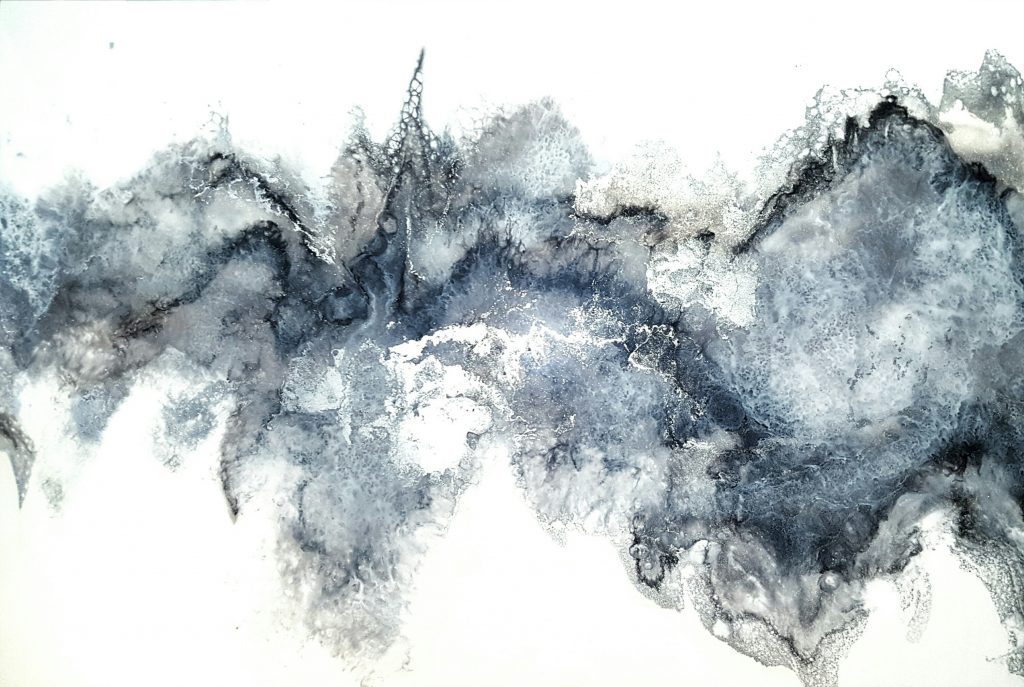 Assaf stepped away from her job for three months, giving herself time to recuperate. After her rest-period ended, she set back to looking for a new position in the accounting industry. “Every time I went to a job interview, it felt the same. It felt like, again, it was an international company, it was a big company, you will have to travel — it was just so excessive,” she says.

Assaf had also been attending local markets and learning about the creative community in Calgary. “Markets change your outlook,” she says. “I didn’t want to be part of this oil and gas industry where the success of an entire city is dependent on one commodity anymore. I started really valuing our community in Calgary.”

Assaf narrowed her scope to looking for a position with local companies, but the downturn made making that transition difficult. In the meantime, she began painting. Inspired by her favourite artist Mitch Gobel — whose medium of choice is also resin — Assaf’s work began as a hobby “for my own happiness,” and as a means to fill the empty walls of the home she and her husband had been sharing for eight years. 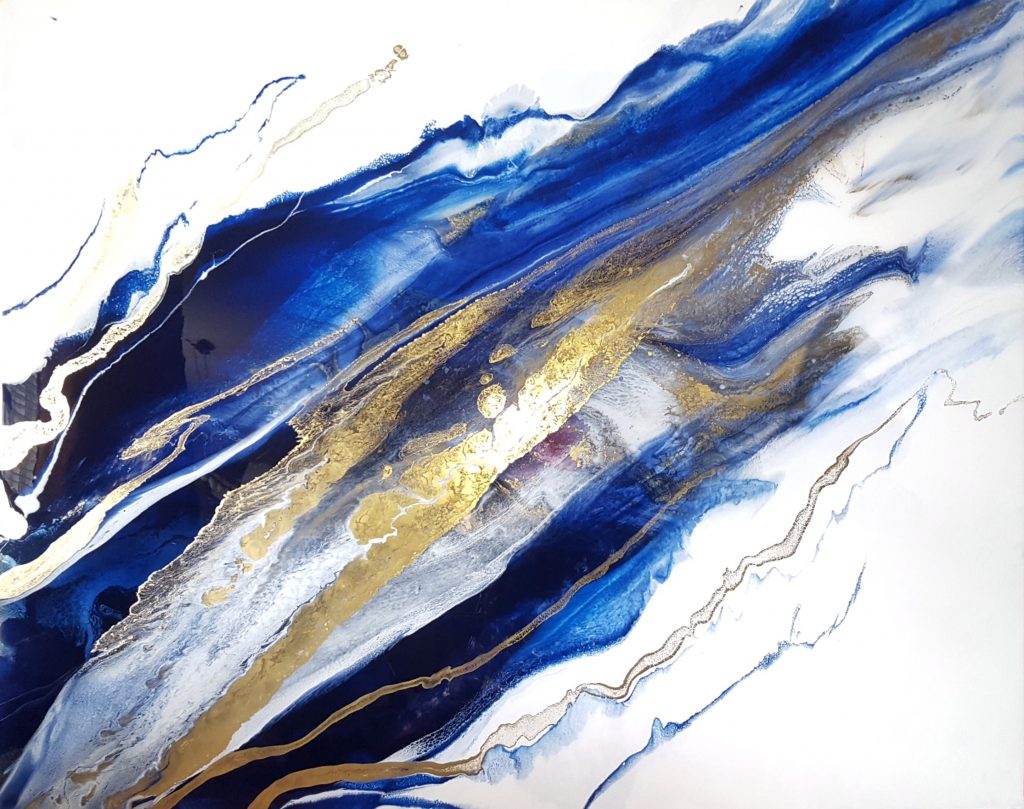 “My husband and I didn’t agree on art, we didn’t agree on the price of art, and so it just never happened,” Assaf says. “I had never painted before in my life. I loved all those small entrepreneurs, but I didn’t think I could be part of that community.”

Assaf’s work began blowing up on social media, and the encouragement helped spur her to build a full-time painting career. Her company, Modern Emulsions, has nearly 7,500 Instagram followers and commissions booked four months in advance. “What I love about painting is that it is the complete opposite of accounting,” says Assaf. “For the longest time, I always felt that I had both a left and a right brain. It used to be frustrating for me because I didn’t know where I belonged. 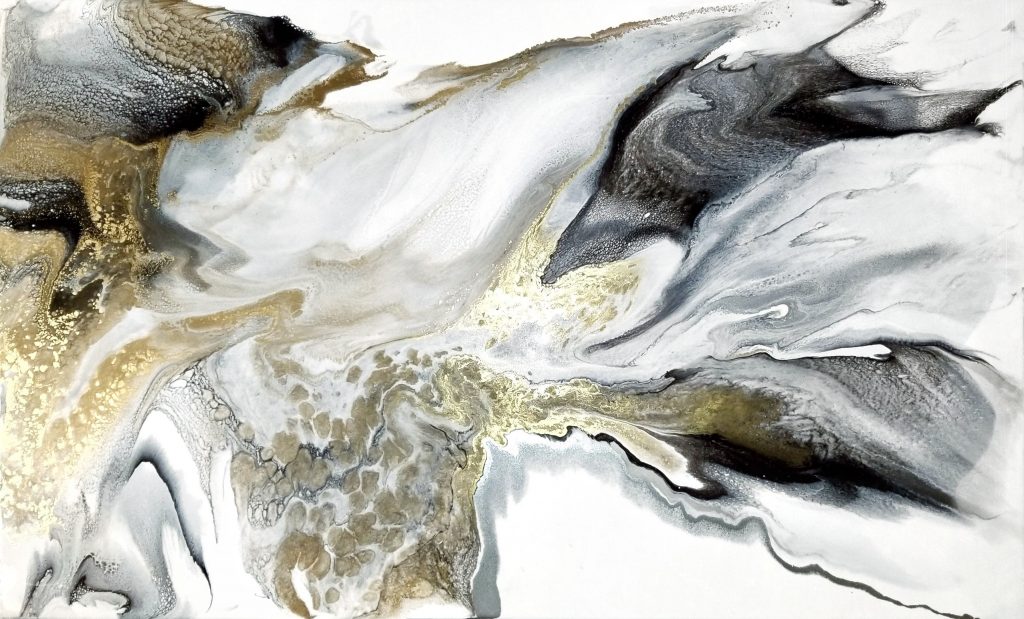 “So when I started art, it was such a massive change, it was the most beautiful feeling you could ever have.”

Assaf adds she feels if she didn’t have an analytical side, she would not be as successful as an entrepreneur. Indeed, that analytical side helps Assaf plan out her days, handle administrative work, and create a six-month work back schedule. “I am fully booked with commissions until May, then I am going to be in a gallery called Art on Ninth in Inglewood for May and June — which will be fantastic,” she says.

Assaf, who was also nominated for Best Visual Artist at this year’s Best of Calgary awards, adds her work is also on display at Project A in Canmore and will be showcased at new-store Gypsy Marie’s in Bragg Creek by mid-march.