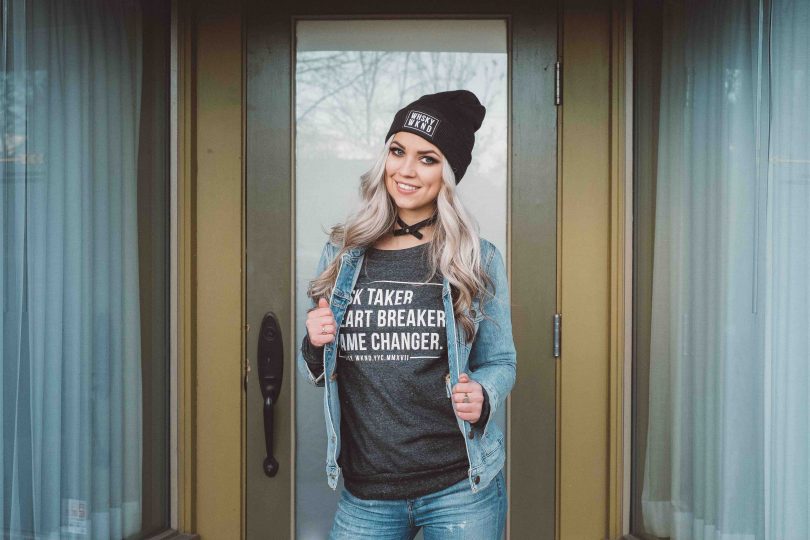 Calgary is a hub of burgeoning creativity, with a tenacious, entrepreneurial spirit. It’s infectious to anyone who spends time in our beautiful city. Among the many up-and-coming makers calling YYC home, three women stand out for the outstanding fashion design talent. In the third installment of our three-part series, meet Whiskey Weekend.

After the recession caused Evan Brown to be laid-off from her graphic design job in the April of 2015, she decided to her things into her own hands. 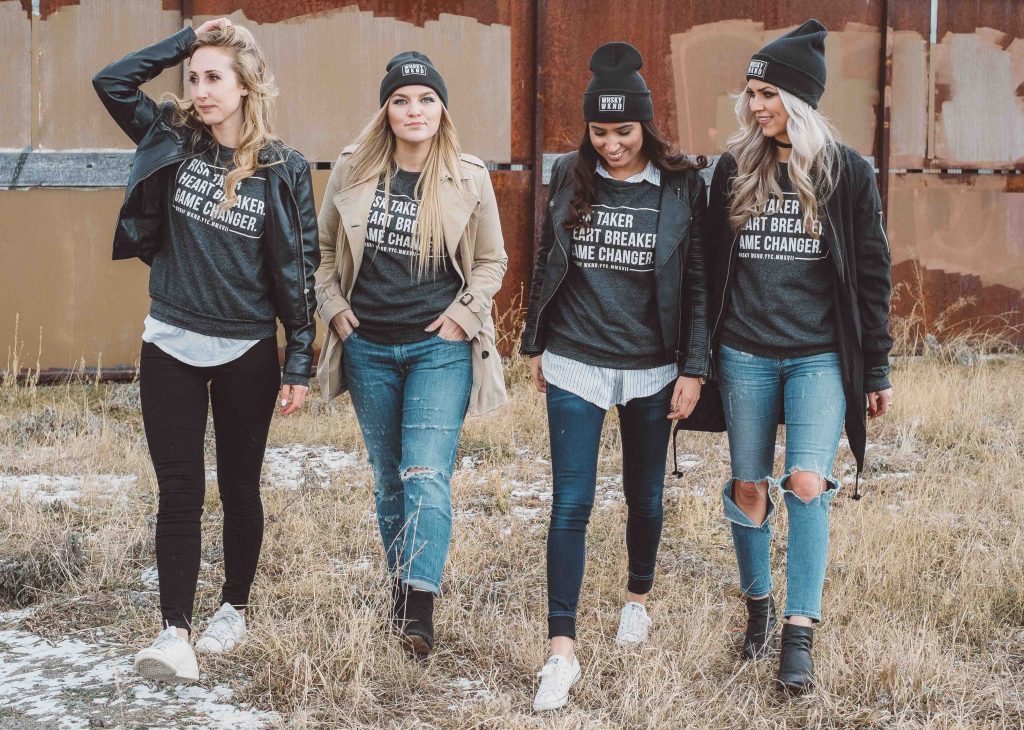 Perhaps the key to Brown’s success is that her designs remain true to her identity. Upon attending ACAD for two years — followed by a year-and-a-half at Emily Carr where she graduated in 2012 with a design essentials management certificate — she put her graphic design know-how to use to create designs that, frankly, Brown wanted to wear a reflection of herself.

“I just really wanted to make shirts that I couldn’t find,” Brown says. “I wanted a shirt that said ‘this,’ and so I used to go to Michaels and buy the iron on letters.”

Brown’s designs are inspired by music, inside jokes and snippets of conversations between her friends — and also incorporating geometric symmetry and alliteration. 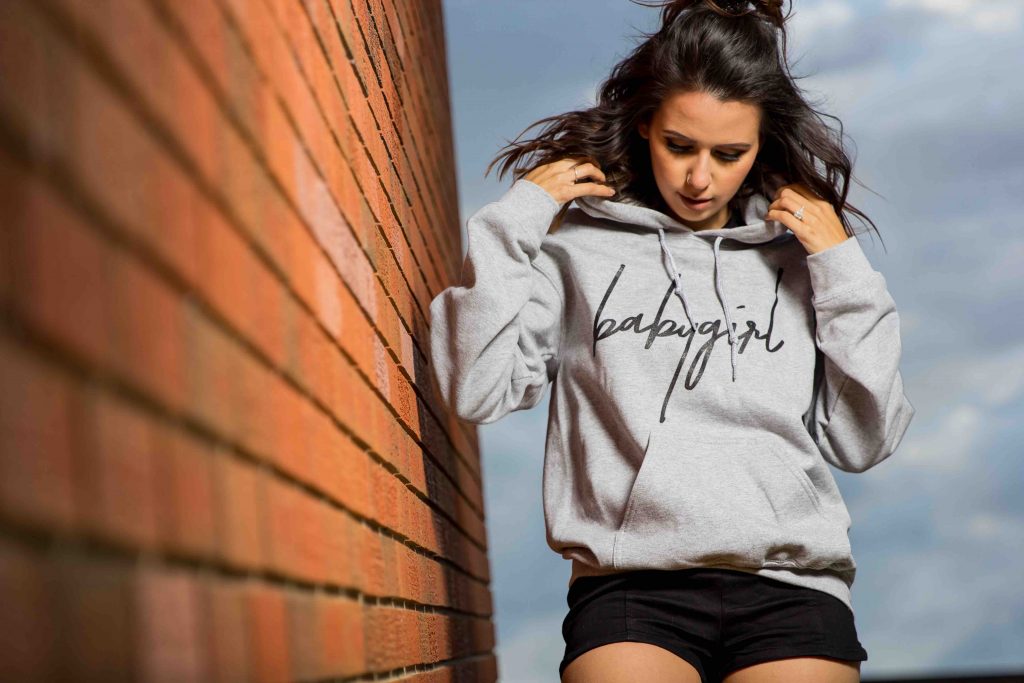 “I love Calgary,” Brown adds. “I don’t think I would ever move out of here, and I think people love Calgary and representing that. So, I think that a lot of my designs are centered around being local.”

Indeed, staying local is part of Brown’s plan as she expands.

“I would love to start making everything from scratch,” she says. “Right now I purchase T-shirts, so I pretty much edit existing stuff. If I could have my hands on my pieces from the pattern, then I could really create what I want.”

Check out the other two stories in this series: Talee and Parts + Labour.