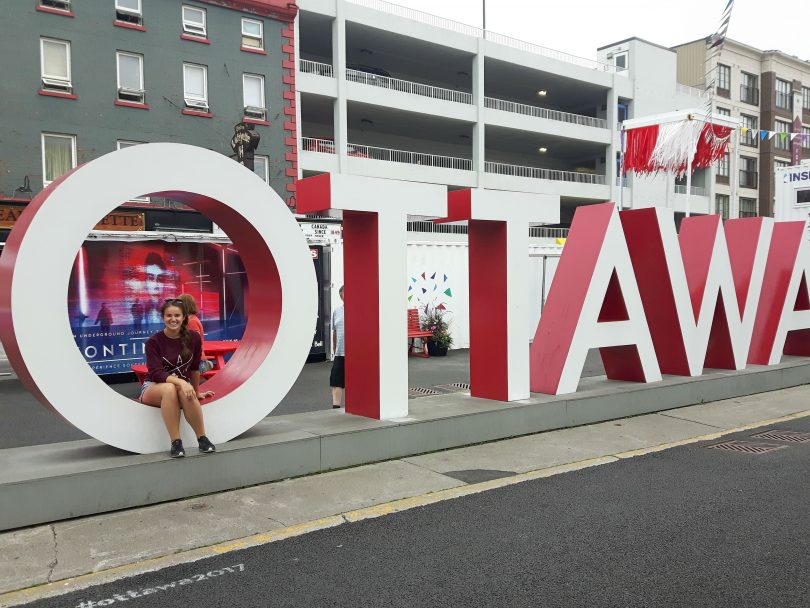 Canada is celebrating its sesquicentennial anniversary and our intern, Michelle, couldn’t help but jump on the 150 train, literally. Over 30 days she travelled the country coast to coast with Via Rail’s 150 Youth Pass to report back to Vern with the absolute best things to do in Canada. The first few days took her way out east to experience the Maritimes, next up was Québec. In this week’s blog she tackles all the good things Ontario has to offer. 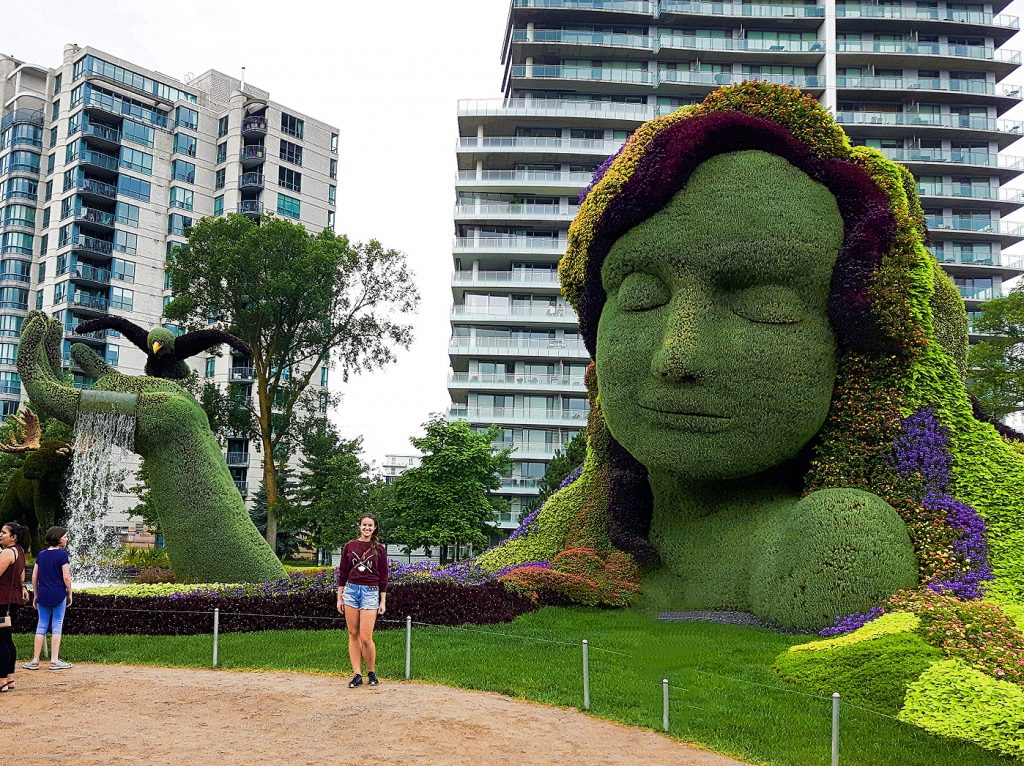 Our nation’s capital has not skimped on 150-themed everything. Which shouldn’t have come as a surprise, but the volume was unexpected. I hadn’t seen this many maple leafs collectively on the trip so far, so it was a lot to take in. There were three really cool things that stood out that were meant to celebrate Canada’s birthday.

The hockey exhibit at the Canadian Museum of History (the other non-celebratory exhibits are awesome too), which tips its hat to the country’s favourite sport, examining not only the glamorous side of the NHL, but going right from the beginning and celebrating the different cultures, genders and age groups that have helped make the sport what it is today.

Mosaicanada150, a seriously unique display of around 40 sculptures that represent all the different aspects of Canada, but are made out of plants. Horticulture at its finest!

Northern Lights at the Parliament, happening every night for the next few months, takes you through a brief account of the country and Confederation’s history, paired with a very impressive light show on the parliament building itself. A little cheesy? Yes, but still worth your while without question.

For year-round activities, the Byward Market is one of the spots you have to check out for local vendors and cool restaurants. The National Gallery of Canada is also a great display of many different art forms from Canada and beyond — the giant spider sculpture out front is a really sweet spot for a picture too, it’s so big you can’t miss it. 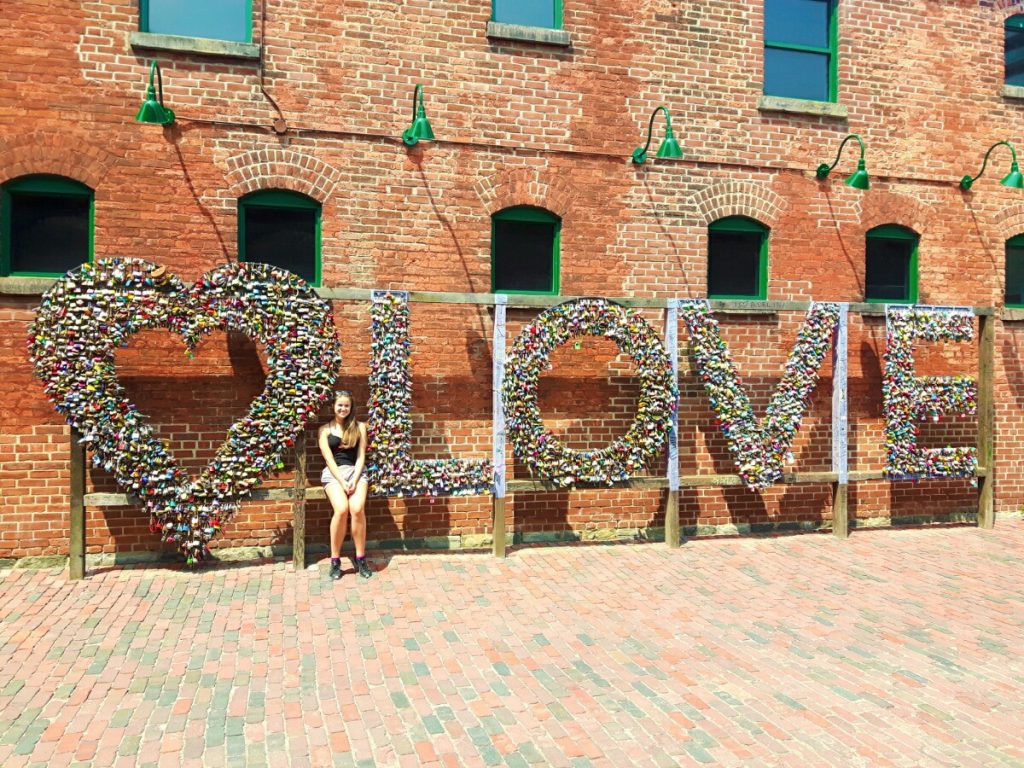 I didn’t get to spend as much time here as I should have — there is so much to see. Even though I only had one full day, I still squeezed in a lot of awesome stuff. I couldn’t miss the Royal Ontario Museum, even though I knew I wouldn’t be able to see everything. I have to admit that there was more than I could have imagined in my wildest dreams. In a perfect world, you would spend two days wandering around, reading about the millions (not an official number, but it definitely felt like it) of artifacts they have.

Ripley’s Aquarium is another great place; the best part was the dome tunnel that had tons of different sharks, fish and even turtles, swimming right beside and above you. In my opinion, it was a bit more exciting to stand at the bottom of the CN Tower and look up at it than it was to ride up in it, but that could be because I’m scared of heights. Apparently, visiting it in a storm is a one-of-a-kind experience just because it sways so much — any thrill seekers out there?

If you want Instagrammable food, T.O. is the place to find it. This is usually where the wild American fads get their Canadian debut, so if you have seen it online, you’ll probably find it here. I liked Bang Bang Ice Cream, where you make your own ice cream sandwiches by picking one or two flavours from the extensive list and picking your cookie out of a quite a few homemade choices. From experience, the winning combo is London Fog Ice Cream and Cinnamon Toast Crunch Ice Cream on a Gingersnap Cookie.

I always love a good boat cruise, and the Tall Ship Kajama lets you go on a sweet ship while seeing the Toronto skyline from afar and taking a peek at the other side of Toronto Island, which is extremely cute. 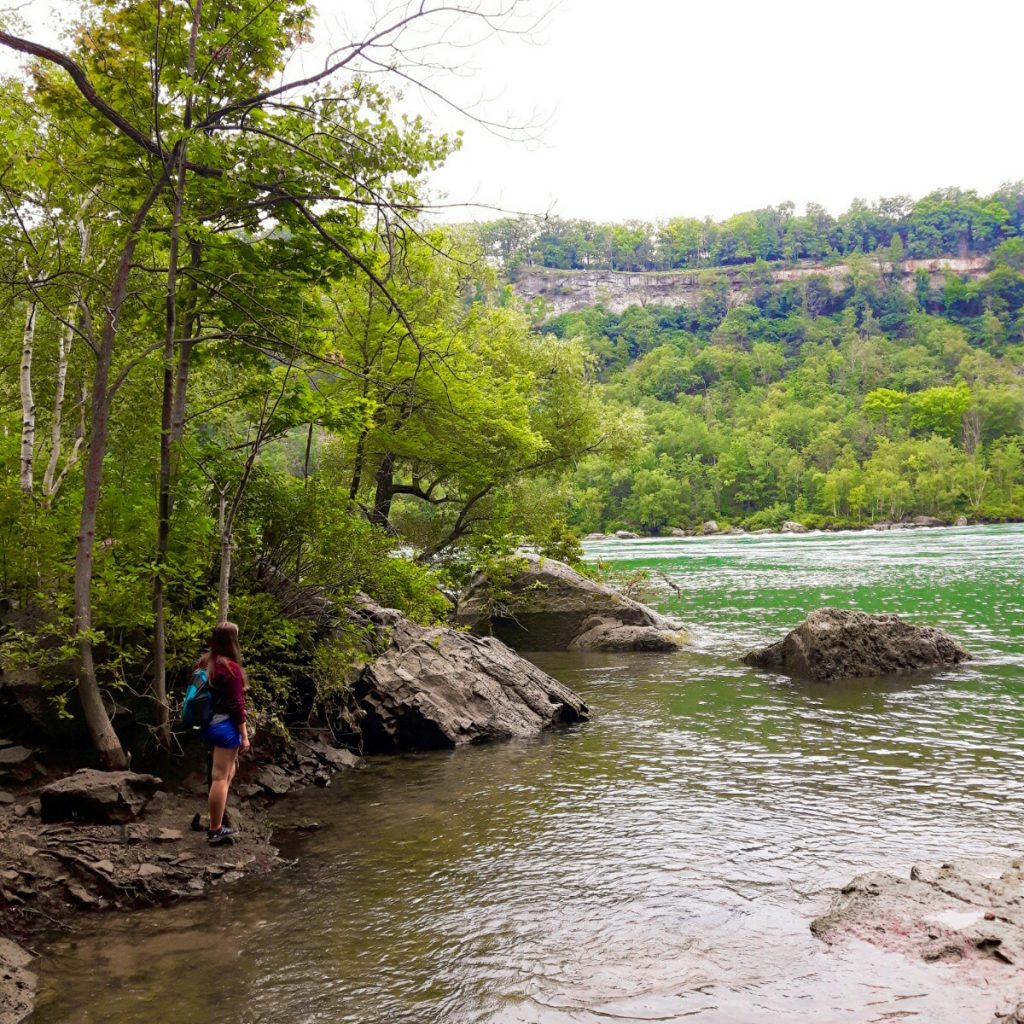 A hiking trail near Niagara Falls.

Niagara Falls was definitely the underdog spot on my trip. We’ve all heard of Niagara Falls at least 200 times, but what else is there to do in Niagara? Turns out that there is a ton, thanks to Niagara Parks.

Perhaps, the biggest surprise for me was that an awesome set of hiking trails by the Niagara River are just a few kilometres from the falls. These aren’t mere walking trails, I am talking rugged, watch-your-step-or-you-will-get-really-hurt, work-up-a-sweat-and-get-ready-for-some-awesome-views kind of hiking trails. You can choose from a bunch of paths; some are right by the water, others take you around to some boulders that are used by climbers if you want to supplement your hike with a show.

Next, I headed to the Whirlpool Aero Car, which was built 101 years ago. That is wild to believe because it was in perfect condition as far as I was concerned, and a really cool way to experience another natural phenomenon in the area — the whirlpools that form in the corner of a turn on the river. Cool fact: you cross the US-CAN border four times when you do a trip on this cool thing because of the way the river curves.

Why the falls are worth it

If you haven’t had the chance to visit the Falls though, it is still completely worth the visit, even though the hype around it might seem too big. While they aren’t the tallest falls in the world, it is hard to find anything quite like them. The set is made up of three really cool separate waterfalls. The big deal is the aptly named Horseshoe Falls which create so much spray that you’ll feel like you’re getting rained on if you stand at Table Rock. A tourist favourite is the Hornblower, which takes you right up under the falls, so you get to feel like you’re basically in them. It’s an awesome and very, very wet experience. You can’t come here and miss it!

Stay tuned for the next installment, where Michelle breezes through the Prairies. Check out her Maritimes adventures here and her Québec escapade here. Follow her adventures on @Intern150 on Instagram.