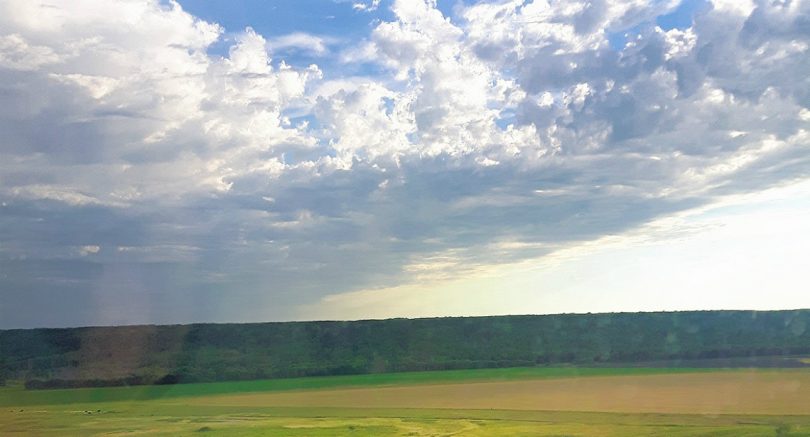 .Canada is celebrating its sesquicentennial anniversary and our intern, Michelle, couldn’t help but jump on the 150 train, literally. Over 30 days she travelled the country coast to coast with Via Rail’s 150 Youth Pass to report back to Vern with the absolute best things to do in Canada. The first few days took her way out east to experience the Maritimes, next up was Québec, and then Ontario. While she basically saw the Prairies from her, she did go there! Here’s how it went down.

I’m going to admit right off the bat, the prairies part of the trip did not go at all as planned. That’s saying a lot because I didn’t plan much to begin with. Just because of the way the train runs, my only real stop was going to be in Winnipeg for five hours. I know it’s not very long, but in my defense, every single person I knew that had spent time in Winnipeg said almost word for word, “Oh don’t worry, that’s all the time you really need since the train stops right at The Forks.” So, I just figured that would be good enough! Well, colour me wrong, guys.

The problem started with us leaving from Toronto three hours late. We were delayed another hour and a half between Toronto and Winnipeg. If you aren’t keeping up with the math here, we got to Manitoba about four and a half hours late! So, my five-hour stop in Winnipeg that should have included a nice wander around The Forks Market and a tour through the Canadian Museum for Human Rights was cut down to about 45 minutes. Plans changed real fast when we pulled up at the station.

A power walk took us on an extremely quick tour from the train station, right by the Canadian Museum for Human Rights. (Incredibly cool on the outside, didn’t even get to step foot in the lobby.) And brought us to this infamous Forks Market. I confess: I had no clue what people were talking about when they told me the train stopped right at The Forks, I only found out like a day before when I was figuring out what I’d do in Winnipeg.

We did a lap to figure out what we were going to eat, which is a much more serious decision to make than you’d think. When you’re about to spend 2 more nights on the train with no more food stops, this final meal has to be THE best. We ended up at Bindy’s Caribbean Delights, and I have to say, the roti was by far the best I’ve ever had. Honestly, you can probably ignore the rest of the menu because there’s no way there’s anything more amazing on there. We ate quickly and made some time to grab coffee — arguably as important as having a great meal before the rest of the train ride — at Fools & Horses. Good name, even better coffee. We did a quick power walk back and made it with enough time to get me a single picture in Winnipeg, right outside the train station. 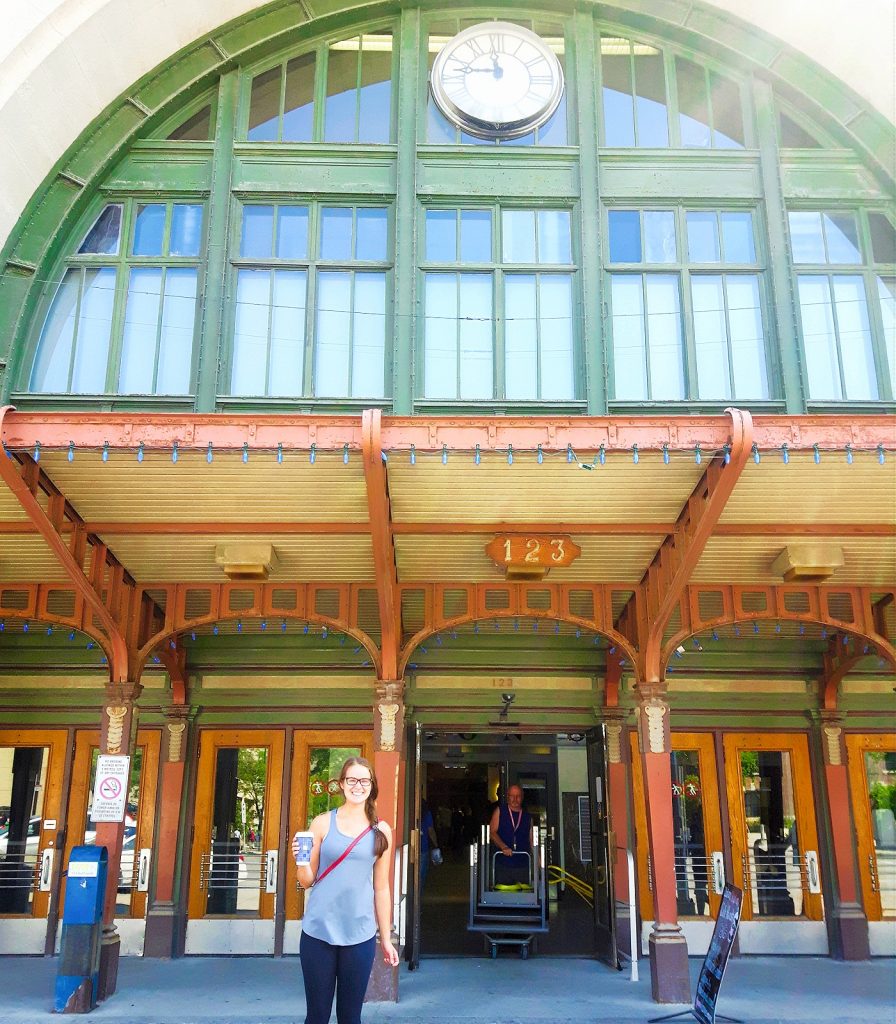 This was Michelle’s only pic in Winnipeg.

I didn’t get to stop anywhere else in the prairies, so why not tell you about the ultra-long train ride from Toronto to Jasper, which is not actually the longest straight across train ride, but felt super long anyways and there is no dancing around it.

A few of the flaws felt amplified after the first week was over. Truth is that there were a lot of pretty good things about it, but unless you’re riding for $150 unlimited for an entire month, do not subject yourself to sleeping upright for three nights. Go for the sleeper class and I can almost guarantee that you’ll have a truly enjoyable trip. If you don’t go sleeper class, you will probably have a sore back, unrested body, and cankels.

Not all is lost, though! The views that you get to see on this trip are one of a kind. They nearly make up for the seat you’ll get to call your bed. Another part I actually really liked, that probably won’t be the popular opinion here, was that a lot of the trip leaves you without any cell service whatsoever. Somewhere in northern Ontario we were in a dead zone for at least 12 hours straight. This gave me a real chance to sit in the observation cart for a few hours and take in the views. On top of that, I got to meet and hang out with a lot of awesome people! They had board games on the train, so I got to play a whole lot of Scattergories.

It was also a nice surprise to find out that they didn’t completely rip you off for food. $10 got you an actually delicious burger with a big salad. A domestic “craft” beer (Granville Island Brewing Co.) ran you about $6. Overall, pretty good considering they could really up the prices. At one point or another your body just needs something that isn’t cup noodles. Even with the sub-par sleeping situation and delays, the diverse views and excitement on the train make up for a lot. In hindsight, I think this train ride is something that everyone should try at least once. Even if only to experience the sheer vastness of this awesome country.

Check out Michelle’s time in the Maritimes here, her adventure through Québec here and her jaunt in Ontario here.