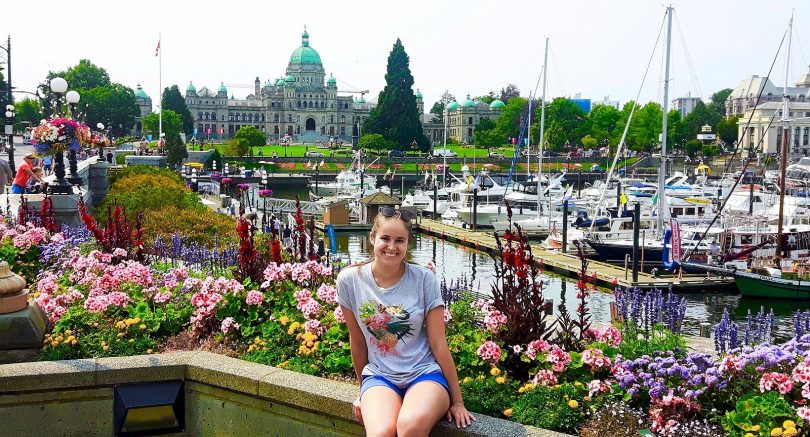 Canada is celebrating its sesquicentennial anniversary and our intern, Michelle, couldn’t help but jump on the 150 train, literally. Over 30 days she travelled the country coast to coast with Via Rail’s 150 Youth Pass; now she’s reporting back to Vern with the absolute best things to do in Canada. The final leg of the trip took her through Western Canada. This was her experience. 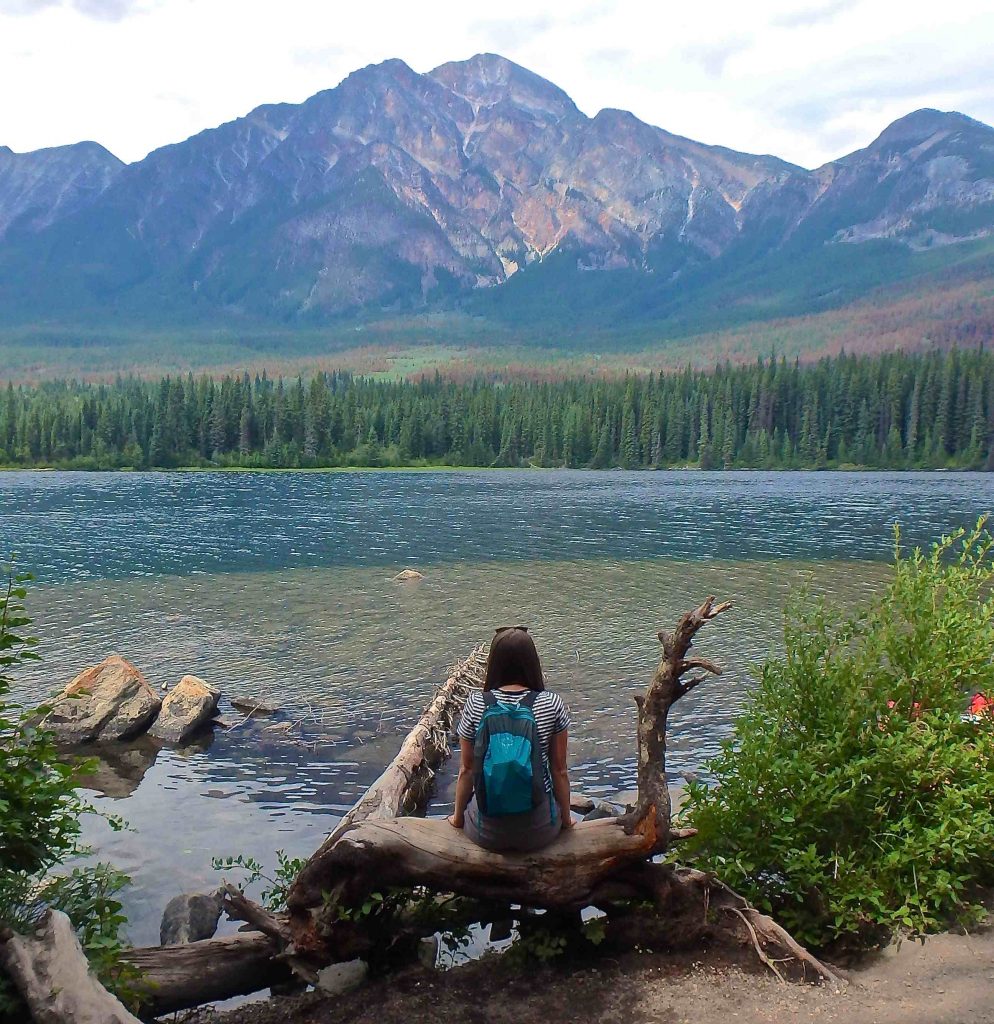 After three nights on the train, I can say that arriving in Jasper was one of the best feelings ever. Getting off here also meant that I was back in the mountains, which made the feeling even better. I’m usually a big hiker, so I was definitely missing them after being away for a couple of weeks. These things combined meant that I was going to love Jasper no matter what. I was a bit worried that three nights in Jasper would be too long for its size, though. Calling this town small is an understatement. Turns out, I had nothing to worry about! I didn’t stray very far since I was car-less, but I still got to do a lot.

Jasper Activities
Just a couple of blocks from the main street, you’ll find a whole load of trails for hiking and biking; I liked the Mina-Riley Loop since it was basically an extremely scenic stroll. If you’re up for for a longer walk, head to Lake Annette where you’ll find an actual beach. Honestly, that’s the last thing I expected to find in Jasper, but it was the best surprise! The lake is cold, but not quite cold enough to keep you out if you really feel like a swim. It’s also a great spot to do some paddle boarding and napping. If you’re feeling a bit fitter, you can take an uphill bike ride that is quite frankly exhausting to the iconic Pyramid Lake which offers some of the most amazing views that I saw on the entire trip.

Jasper Eats
As far a food goes, you would never guess it, but there is a killer Korean restaurant called the Kimchi House. Another spot I couldn’t get enough of was the Jasper Brewing Co., where you could find me crushing the delicious flights. Pro-tip: Wednesday is actually the town’s party night. You can head to 4Peaks Nightclub or DownStream for a little evening excitement. 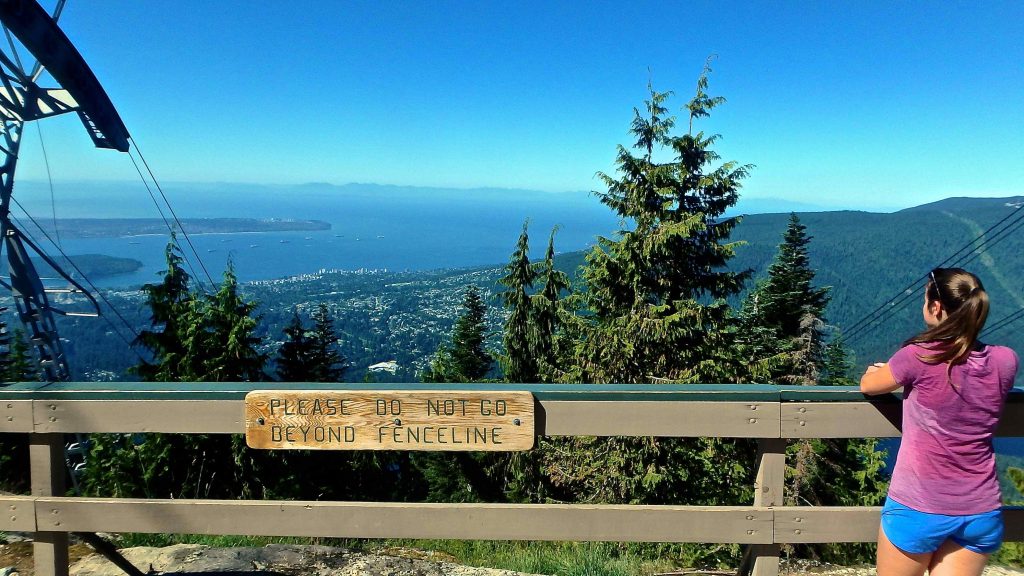 The view at the top of Grouse Grind

After a nine-hour delay and another night on the train, I completed my train portion of the trip in Vancouver. I’d been to Van many times before, but it’s a city I always love visiting whenever I can. I was here for longer than any other city, with six nights in total, so I had the opportunity to do a lot.

North Vancouver
One of the biggest highlights was definitely the Grouse Grind, a hike that I swear will make you hate yourself, but gives you one of the most incredible views of Vancouver good enough to make you forgive yourself after the hour of torture you just submitted yourself to. There is an easy way out though, and it’s taking the Gondola up to experience it! In the area, you also have Capilano Suspension Bridge which is definitely incredible, but also super busy, so I would say go as early as you can. Oddly enough my favourite part wasn’t the bridge, but the cliff walk. Make sure to give yourself lots of time  – there is way more than just a bridge walk to do here!

Central Vancouver
Stanley Park is a classic spot, but always worth the visit, and if you want to experience it in a different way I recommend the Horse-Drawn Tours. While you’re there make sure to visit the Aquarium, which is absolutely incredible and even has dolphins, belugas and penguins. Other musts include the Dr Sun Yat-Sen Chinese Garden, the Museum of Vancouver which had the coolest exhibit I’ve seen in any museum called Unbelievable and a day on Kitsilano Beach. Of course, a visit to Granville Island is always in order for the freshest smoked salmon in the entire world.

Vancouver Eats
The brewery scene in Vancouver deserves a special mention since it is undoubtedly one of the finest in the country. It’s extremely easy to lead your own brew hop here, and I definitely recommend the route I did which started at 33 Acres and took us to Callister, Powell and Andina. I can’t talk about this city without mentioning my favourite thing ever, cheap and delicious sushi, and the winner is Sushi Bang, bar none. It is phenomenal, and the portion to cost ratio is outstanding. While you’re there, walk over to Rain or Shine Ice Cream a bit further up the street where you’ll be able to get a FLIGHT of delicious ice cream. All the flavours we had rocked, so I don’t think you can go wrong. 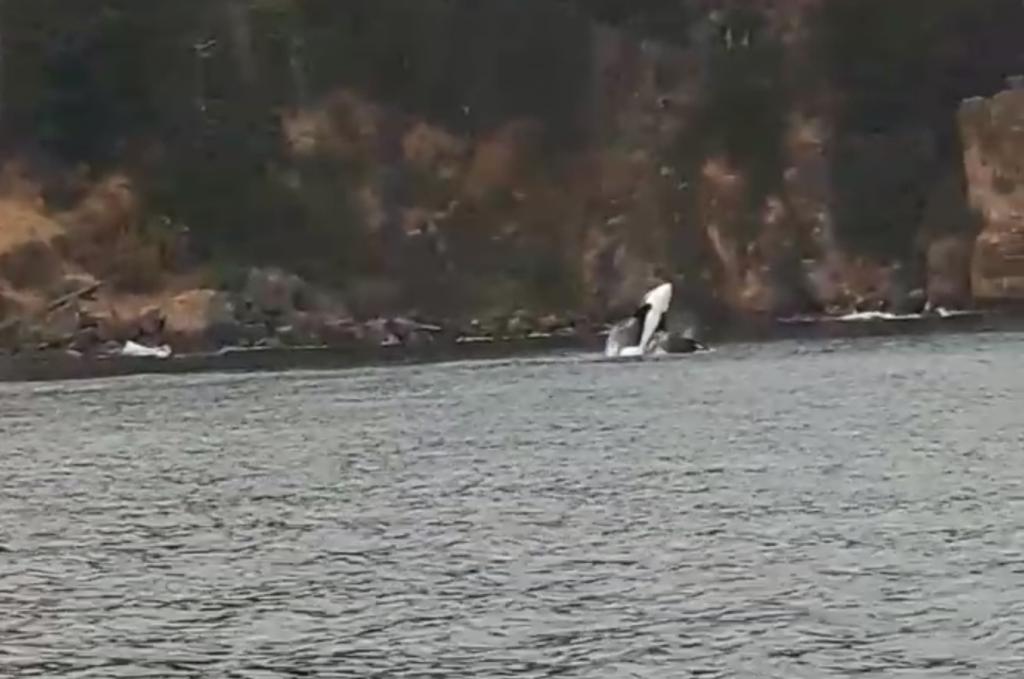 My final stop on the trip was one of my favourites. Victoria is the cutest city and if you’re in Vancouver, it is imperative to make a visit. I’ve said it once and I’ll say it again – I think I was meant to live by the water, I can’t possibly be upset every time I look out onto a harbour, it automatically makes me smile. Everything here is awesome, but the fish and chips are stand out. There were two main competitors: Red Fish Blue Fish and Barb’s Fish and Chips and Barb’s won by the slightest bit mostly due to being a little cheaper and having a way shorter lineup, but neither one of these could disappoint any fried fish lover, I promise.

Victoria Eats
If you don’t love fish, no problem because there are so many other awesome places for food and drinks, like Jam, Hey Happy, Canoe and Swan’s. Another thing that stood out, ice cream! Holy, the ice cream at Kid Sister was hands down the best ice cream I had on this entire trip. I would sell my soul for infinite amounts of the Lemon Meringue ice cream. Coming here is also great because it takes you into Fan Tan Alley, the tiniest little alley in Chinatown.

Whale Watching
The main reason that I loved Vic so much though, besides all these great things, was because my absolute number one favourite activity of my entire trip was done here: whale watching with Eagle Wing. This was one of the most amazing things I have ever done in my life. We got lucky and found a group of five whales, including a baby, and watched them for nearly two hours. Even after an hour, the magic of them jumping out of the water still didn’t wear off. I probably could have sat watching them for the entire night. Seriously a once in a lifetime opportunity that I will probably recommend to every single person for the rest of my existence.

Check out Michelle’s time in the Maritimes here, her adventure through Québec here, her jaunt in Ontario here and her ride through the prairies here.